I've baked lots of different cookies but strangely, I hardly make biscotti despite of it's actually also a type of cookie / biscuit ! When I found this pistachio & choc chips biscotti is the time I remembered that it's been a long long time since my last biscotti..so it's just the right time to make one, isn't it ??

My only problem of making these biscotti is to slice/cut the dough into pieces after the first baking...turned out that most of slices broke into pieces when cut and didn't hold their shapes easily which I realised later it's because I added more nut and chocolate chips into the dough than the recipe calls for, consequently, it caused me a difficulty to do the job ! But apart from this problem, everything was just fine..:)

The recipe could be found here. And big thank to Khun Pook of dailydelicious for sharing the recipe and giving me the answer of what I doubted..:) 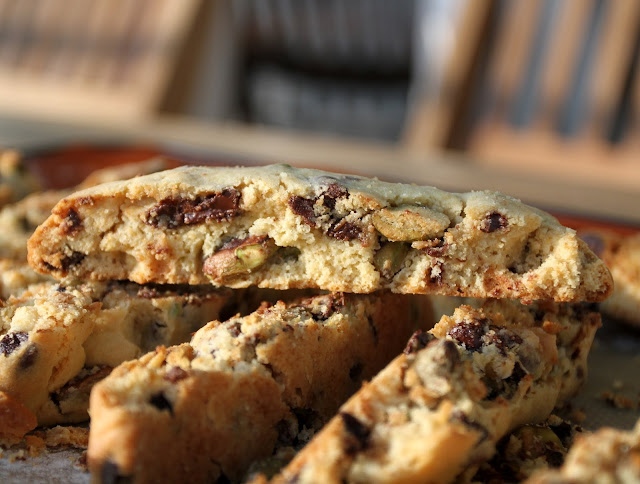 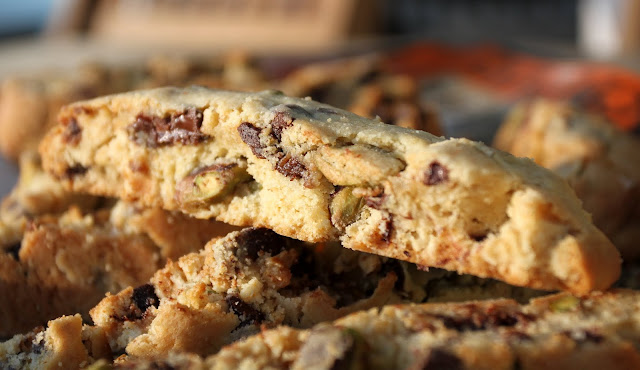 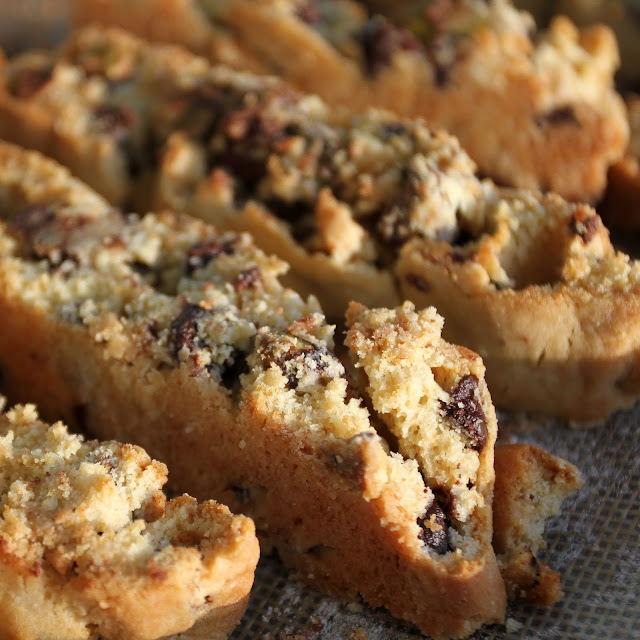 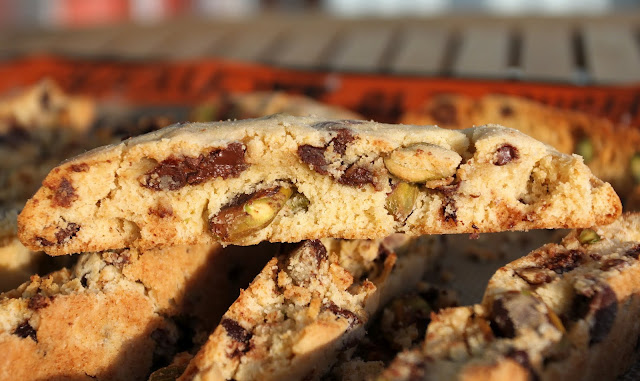 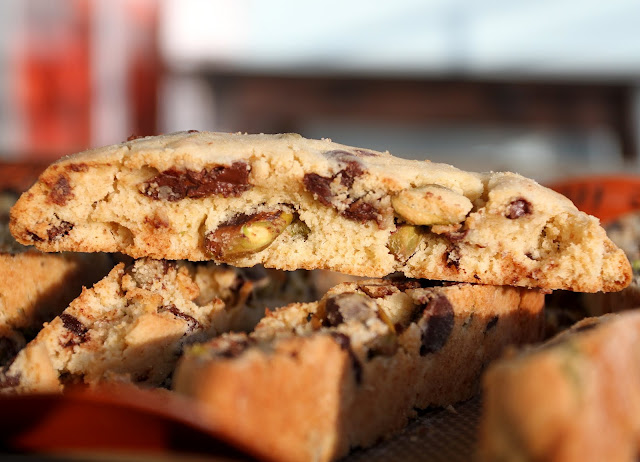