It's strange but true that I don't cook Thai food very often..and of course not because I don't like it but the matter of fact is that I can't cook and make it the way I'd love!

But it happens sometimes when I feel like eating something that could not generally be found anywhere in HK..so the only way to serve my own craving is to cook it myself.

This sour curry is the case! Although it's actually not difficult to find sour curry in any Thai restaurant but it's not easy either to get specific ingredients in a curry..definitely not both Garoupa head and basil in one like I wanted..so here came the curry!!

I've found the recipe from here ( Thanks Khun Wattana who has posted the recipe anyway ) which made me feel hungry straight away.. And once I read through the post, I knew from there what would be my next mission ( in the kitchen!). 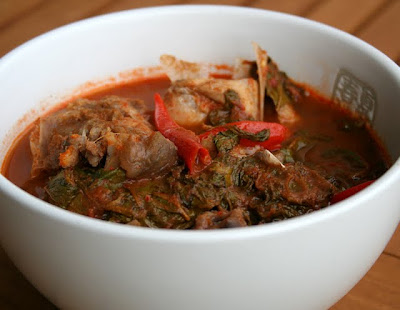 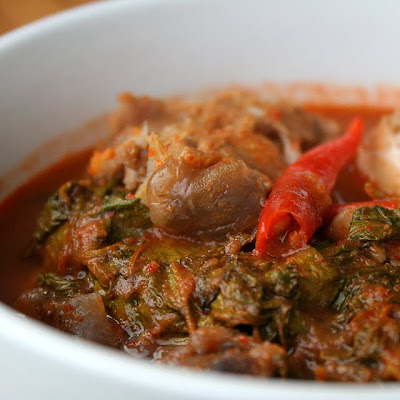 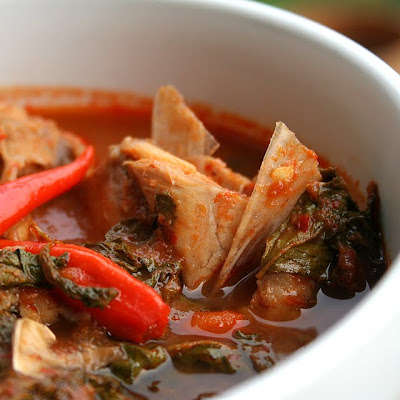 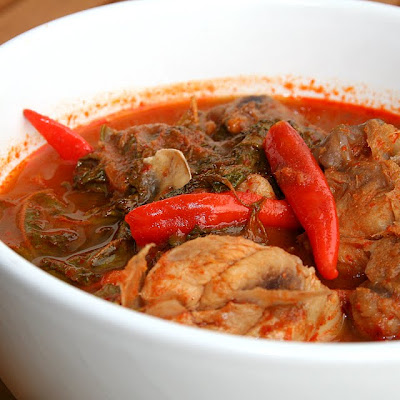 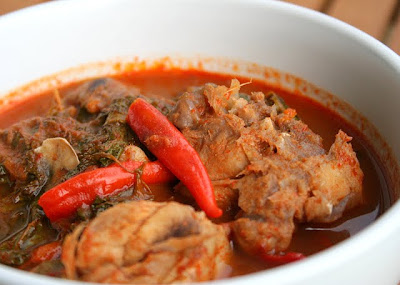 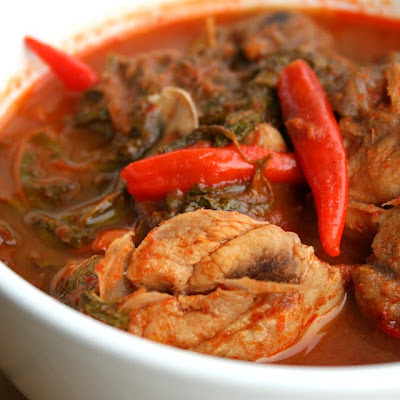 I'd found this Brazilian snack for a while but didn't have a chance to give it a try until recently ! As far as I've noticed , there seems to be two basic methods of making the puffs and I opted to try for the easier one due to a lack of time..

Pão de queijo is how these cheese delights are named in Brazil. Pão de queijo are cheese snacks made with tapioca starch. Eat them still warm from the oven, when the interior is still gooey, soft and creamy from the melted cheese..

The recipe is easy to make, yet the outcome I got was surprisingly good and exactly like how it is described..yummy !! 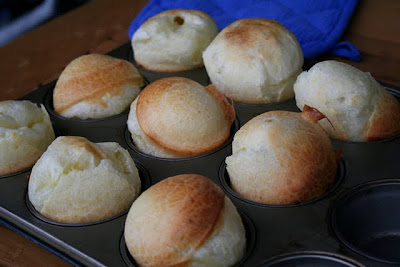 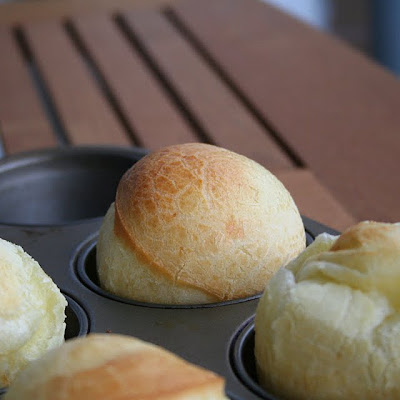 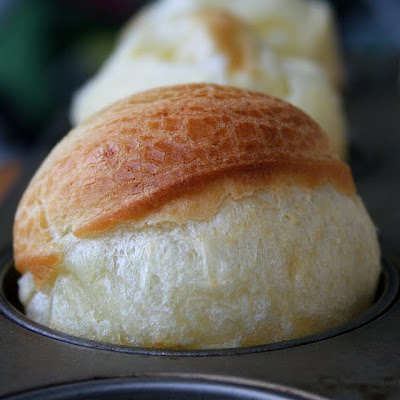 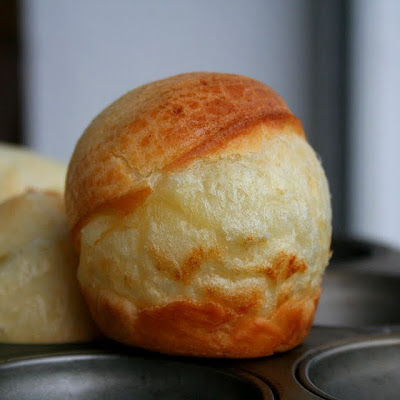 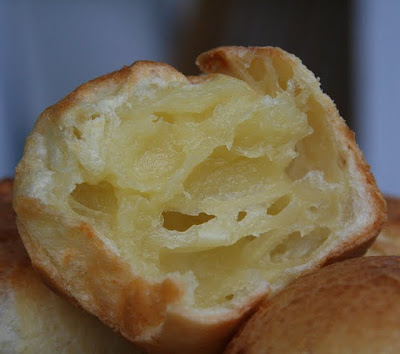 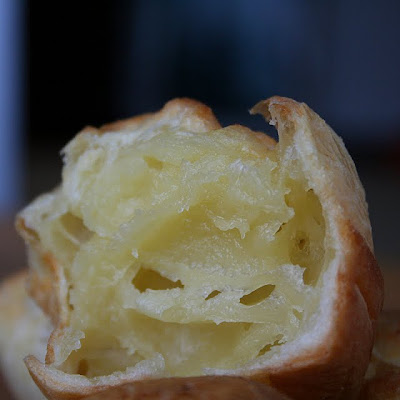 I love oat..that's the matter of fact..but it's not the reason why I decided to give these oatmeal cookies a try. What actually caught my attention is certainly a name of the cookie which I'm sure many of you would be the same!

At the first sight, I seriously thought it's really the recipe created by the President but then second thoughts came through my mind..how could a busy and big man like him find a spare time for such a little thing ? From there, it took less than a minute to find out that I was so right about my guess.. and here is a story behind the scene I'd like to share !

To be honest, I was not so keen about the cookie after I knew that it's not actually his own recipe..but again, I changed my mind once I looked through the recipe! And you know what ?? ( this is a sentence that my little girl always says to me when she wants to tell me something!..I think she wouldn't mind to let me borrow her typical words :) )  the real reason why I decided to make it at the end is because of the fat raisin called for in the recipe !! ...Have a look at its recipe and you could easily guess why it's so attractive to me ( only if you know me so well thou! lol)

Start by preparing the fat raisins: combine the raisins, wine, orange juice, rum and sugar in a small heavy saucepan; bring just to a boil over medium heat, stirring all the while. Lower the heat so that the liquid is at a bare simmer and poach for 20 minutes.

Remove from the heat, cover the pan with plastic wrap and allow to cool completely. If not using right away, transfer to an airtight container and store in the refrigerator for up to 2 weeks.

Now, the cookies: preheat the oven to 180°C/350°F; line two large baking sheets with baking paper.Sift together the flour, nutmeg, cinnamon and baking soda and set aside.

Add the eggs, one at a time, scraping the bowl after each addition. Beat on low speed for 15-30 seconds or until the eggs are incorporated. On low speed, add the sifted ingredients, beating until they’re absorbed. Mix in the oats and raisins.

Place 1 leveled tablespoon of dough per cookie onto prepared sheets, 5cm (2in) apart. Bake for 10 minutes, rotate the baking sheet, then bake for another 5-8 minutes or until nicely browned. Carefully slice the baking paper off the sheet and directly onto your work surface. Cool completely.

Cookies will keep for up to 3 days in an airtight container at room temperature.

Note : I made half recipe for cookies and added a tsp of vanilla extract to the dough but used 2/3 recipe for fat raisins . 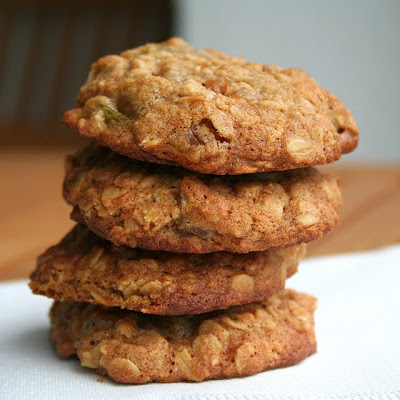 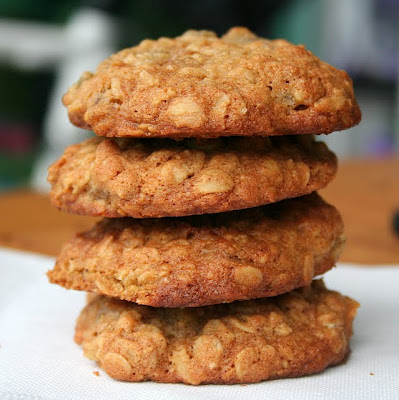 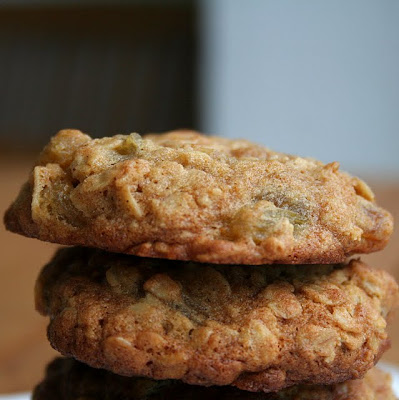 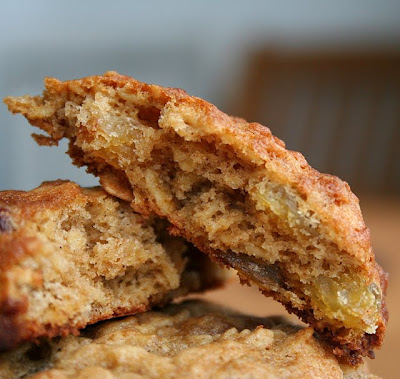 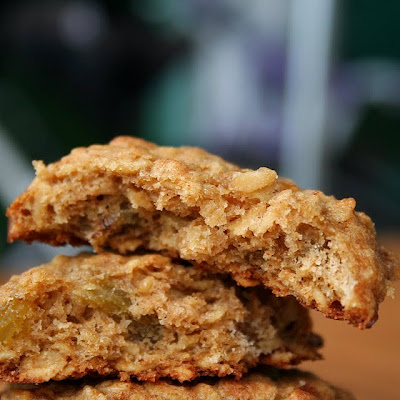 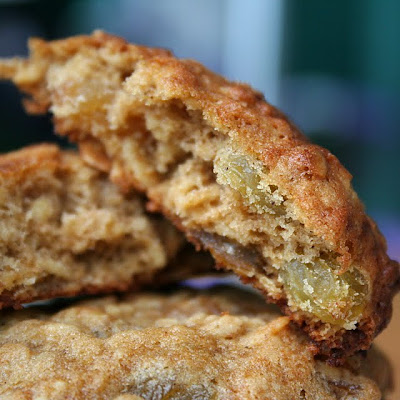 Posted by pepsakoy at 3:31 PM No comments:

My Own Style Savoury Tarts..

I got some leftover dough from making Canadian butter tarts that turned out not good as I expected ( in fillings texture wise, not taste at all!) ..so, instead of making more of sweet butter tarts, I decided to do something different and came up with an idea of making savoury ones!

Anyway, I planned to use a commercial instant tuna spread as a filling in the first place but couldn't find any in a small supermarket where I stopped by. Given ingredients needed could be all found in the cupboard, I then had second thoughts about making my own filling!

Luckily, not only what I created was so easy to make but it also was edible! Honestly, it was much better than I thought..tasty and surprisingly went along very well with the tart base..:)

The recipe for the dough could be found here.

And what I used for my fillings are the following..

Mix everything together in a mixing bowl ..adjust all seasonings to match your own preferred taste. 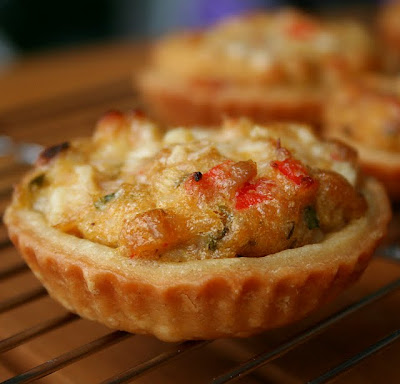 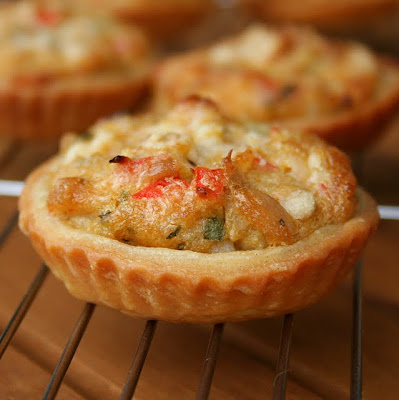 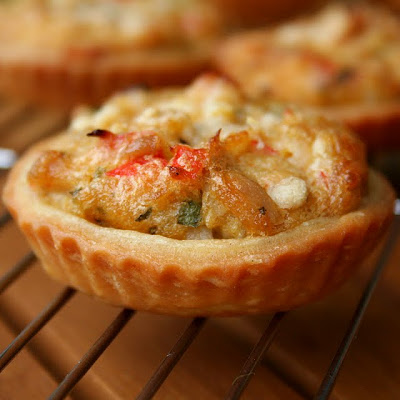 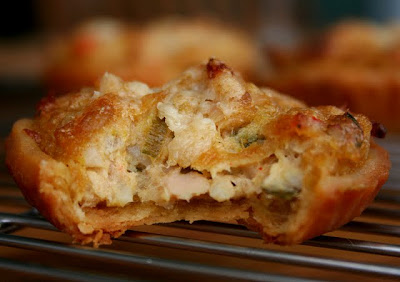 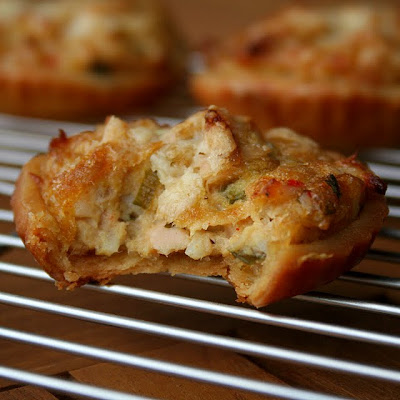 Posted by pepsakoy at 6:24 PM No comments: