Trying or doing something new when you are middle-aged is a real fun...you have to focus and make sure there's the least mistake cuz you have less time than younger people to restart if you fail ! Luckily, in my case it's not a serious or difficult things to do..all I wanna learn and make it fun is cooking and baking ! And it couldn't be better to start off the year with this Pakistan curry..:) highly recommended if you are a big fan of beetroot!!


The recipe could be found here. 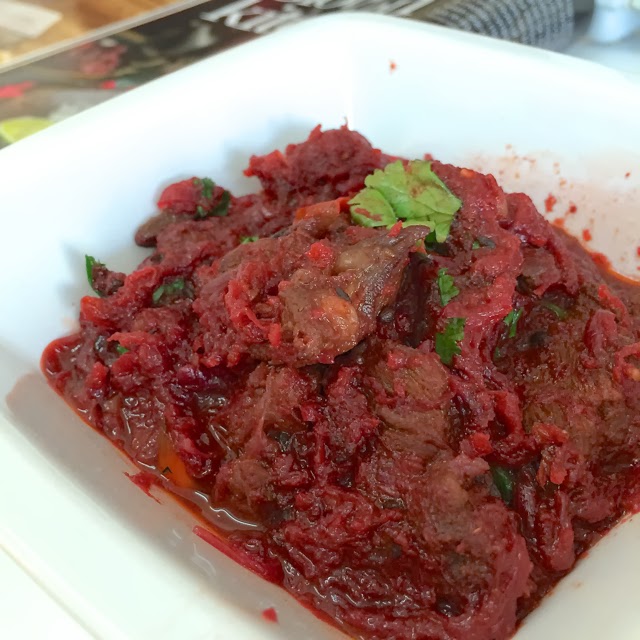 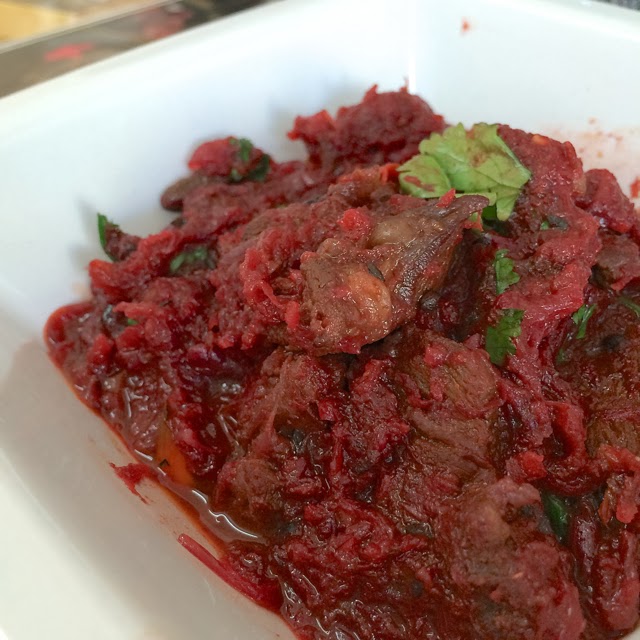 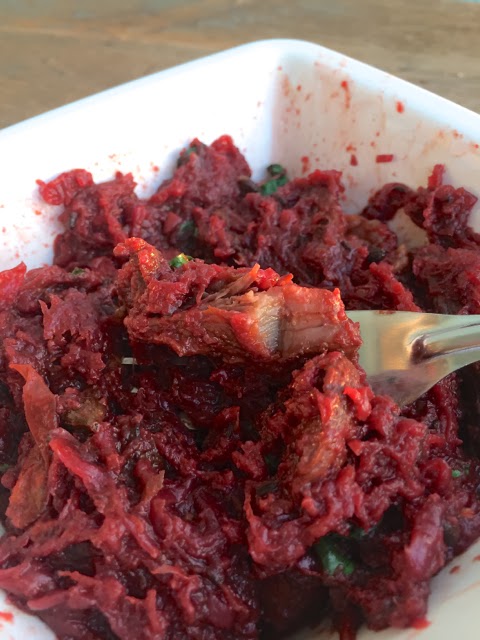 Posted by pepsakoy at 8:53 AM No comments:


It's been a long time since I made my last blondies..so it's just the right time to find this one and in time to make it for the kids on a fun Friday!

The original recipe calls for a whole cup of sugar plus a half cup of sweetened condensed milk which is far too sweet to my own preference..so I typically cut off some sugar and decided to omit condensed milk and even so, I thought that my blondies were still sweet but nicely bearable especially when I saw the kids enjoy eating it..:)

The recipe ( adapted from here.)

Preheat the oven to 350 degrees and line an 8x8 pan with foil and lightly grease with butter.

Place butter and butterscotch chips in a medium sized microwavable bowl and microwave for 45 seconds and use a rubber spatula to mush it up. Microwave another 30 seconds and then mush it together till smooth. Leave to cool slightly. Add the sugar ,then egg and vanilla into the butterscotch mixture. Mix until combined.

In a small bowl, mix together the flour, baking powder and salt and then incorporate it into the brownie mixture until fully incorporated. Carefully stir in the chopped macadamias and the chips.

Pour the batter into the pan and bake for 20-25 minutes, or until the center becomes firm and not jiggly.

Remove from the oven and allow to cool before slicing. 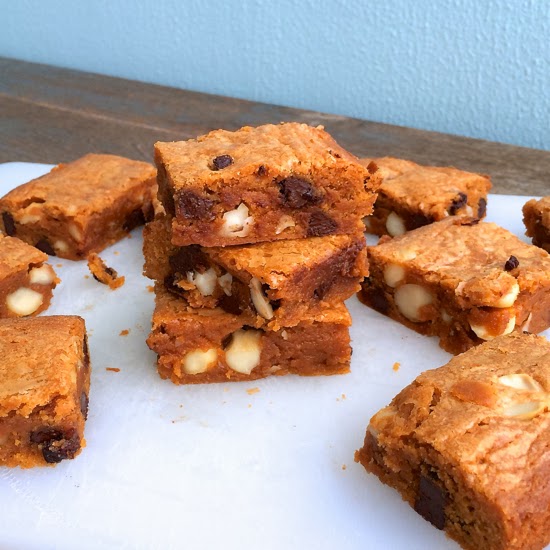 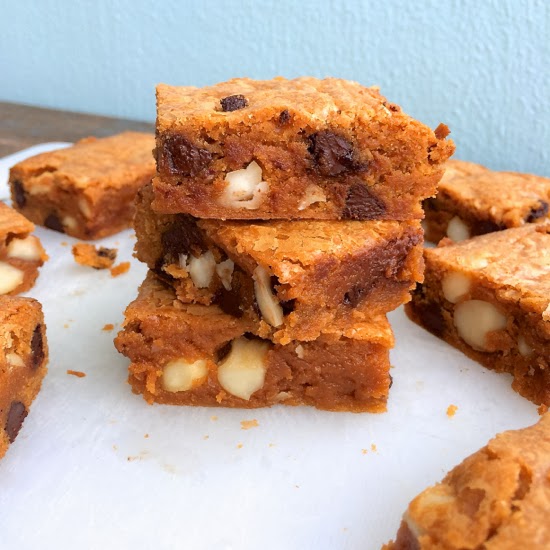 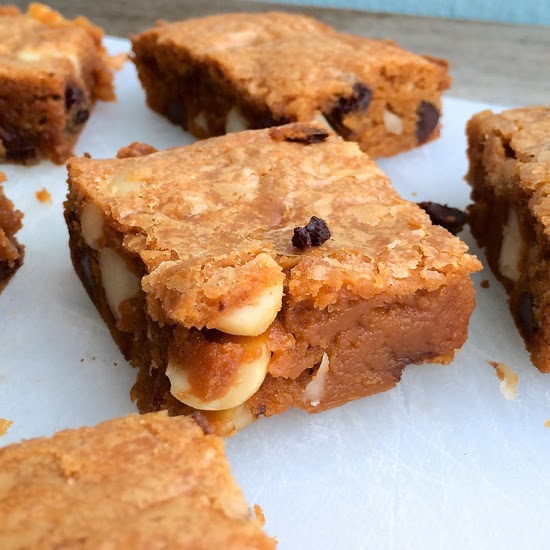 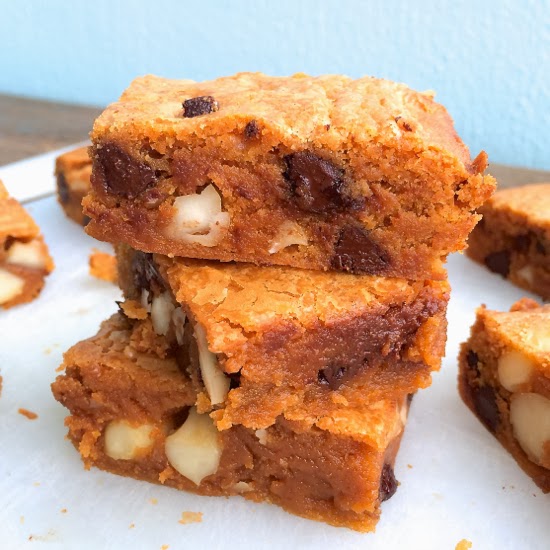 
My attention was firstly cought by the name of this bread and even more when I had a look through the recipe..Honestly, with only three ingredients to make a batter didn't really make me convinced that it's gonna turn out to be something terrific. However, I was eager to find out if my doubt was gonna be right or wrong, so nothing's better than making it by myself !

Once the batter was done..it didn't look promising to me at all and I began to hesitate whether I should give up or go ahead.. but there's nothing more to lose..except another hour in the oven..so why bother to have a second thought ??

Only half way through the baking time, the bread already gave out an unbelievably nice smell until I had to walk into the kitchen to have a look. To my surprise, the bread had risen beautifully and looked now much better than before it's sent into the oven! I then became excited and couldn't wait to see the final outcome..

I must say that not only this is the oddest bread I've ever made but also it's unexpectedly the best quick bread I've ever eaten..given only five ingredients called for plus a very easy preparation! Try it yourself and you won't be disappointed..I guarantee!

The recipe ( slightly adapted from here. )

2. Mix softened ice cream and flour together in a stand mixer or with a hand held mixer until combined. Pour in the butter and mix throughly. Add 3/4 cup blueberries and mix into the batter.

3. Pour batter into pan and spread out evenly. Sprinkle with the remaining blueberries and granola over the top of the bread. Bake for 50-55 minutes until top is golden brown. Cool on wirerack before slicing and serve. 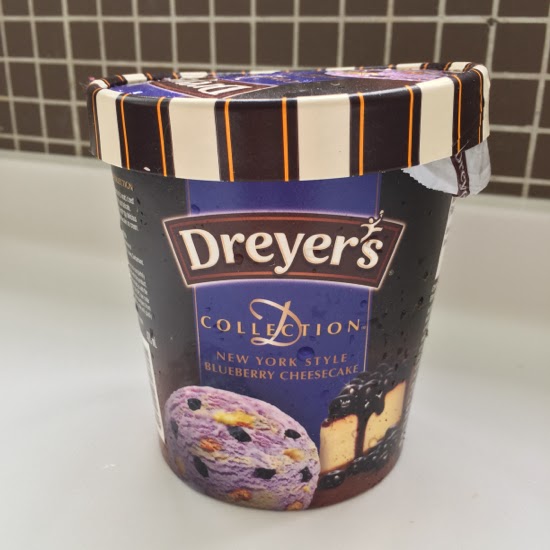 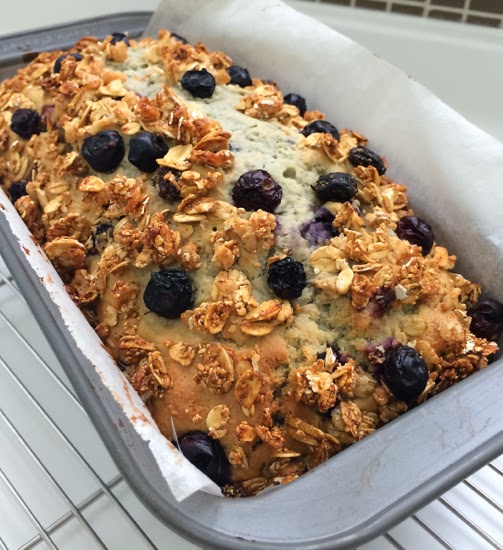 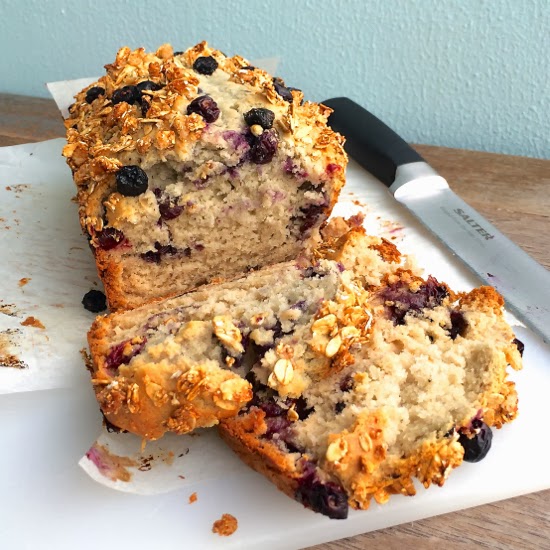 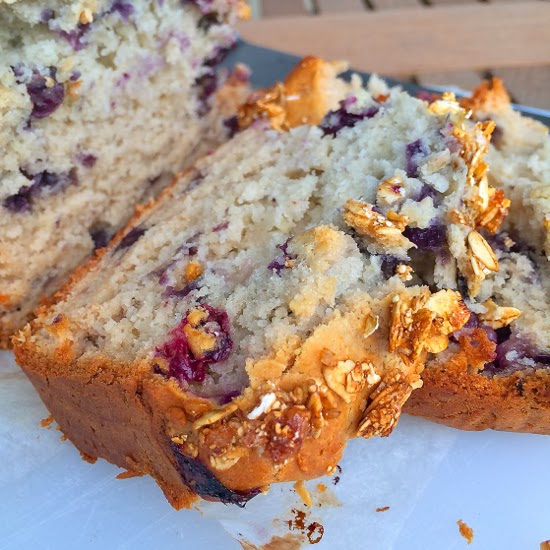 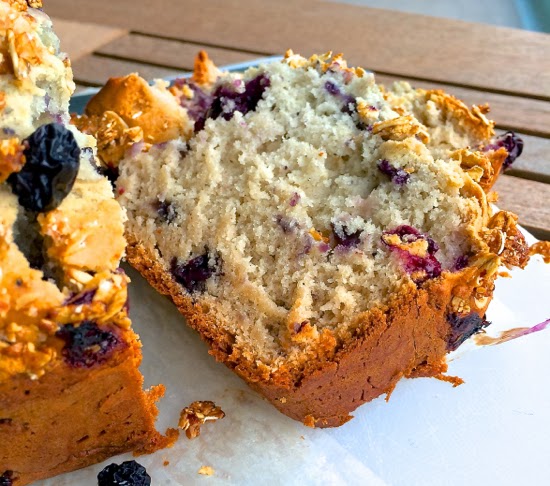 Posted by pepsakoy at 8:42 AM No comments:


While I was preparing an apple filling for the Szarlotka in the kitchen , my daughter could smell cinnamon from the dining room and shouted to ask if I was making cinnamon rolls, one of her favorite baked goods...then I shouted back to answer her question which made her come straight to the kitchen and started complaining why I didn't make something she fancies !

As a good mum but more importantly and honestly, to stop her moaning for the rest of the day , I agreed to make what she liked but with a condition that is to make it in different form which made her happy enough and left the kitchen with a big smile..:)

Truth to be told.. I've recently spotted this lardy cake on bloglovin and wanted to give it a try. And all of a sudden, it came through my mind when my daughter asked me to make cinnamon rolls , so I decided to mix and match between the two recipes to make my own version and here it comes...


The recipe for the dough is from here which is my favorite one that I always use to make cinnamon rolls. ( note : I reduced the sugar to only 30 g )

a mixture of egg and milk for egg wash.

To make the filling : mix or cream everything until well combined and smooth.

To assemble the bread : Roll out the prepared dough to an oblong. Spread half of the filling on the dough. Roll up like a swiss roll and then roll out the dough again in the same action then spread the remainging filling and roll up again. Shape the dough into a round one and place in a lined and greased 7" springform round cake tin. Cover and leave to rise for about 45 minutes. Brush lightly with the eggwash and use a sharp knife to make slits accross the top. Bake in preheated oven at 190C (375F) for 30 to 35minutes. Serve warm with or without butter. ( it's nice to serve toasted with butter on the next day! ) 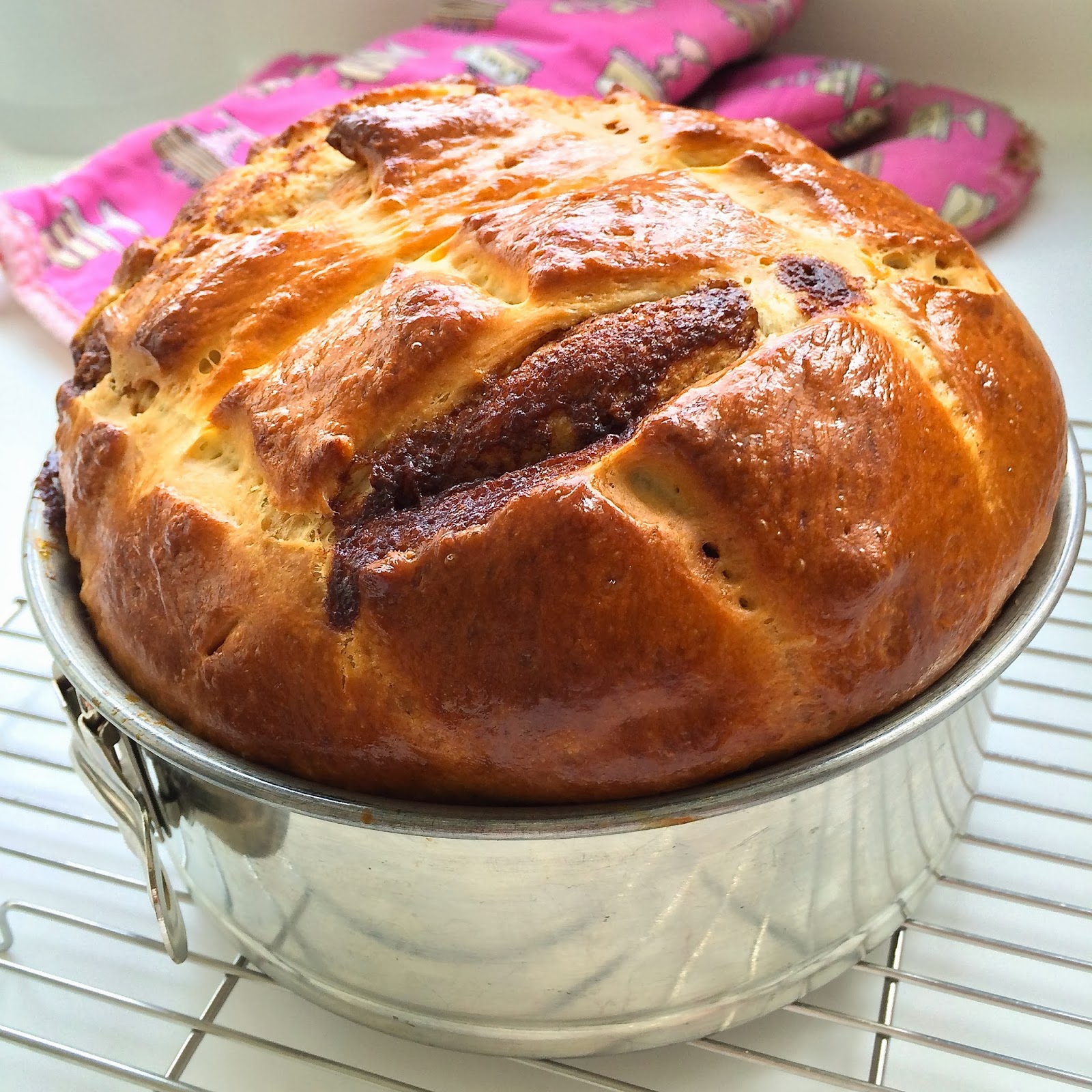 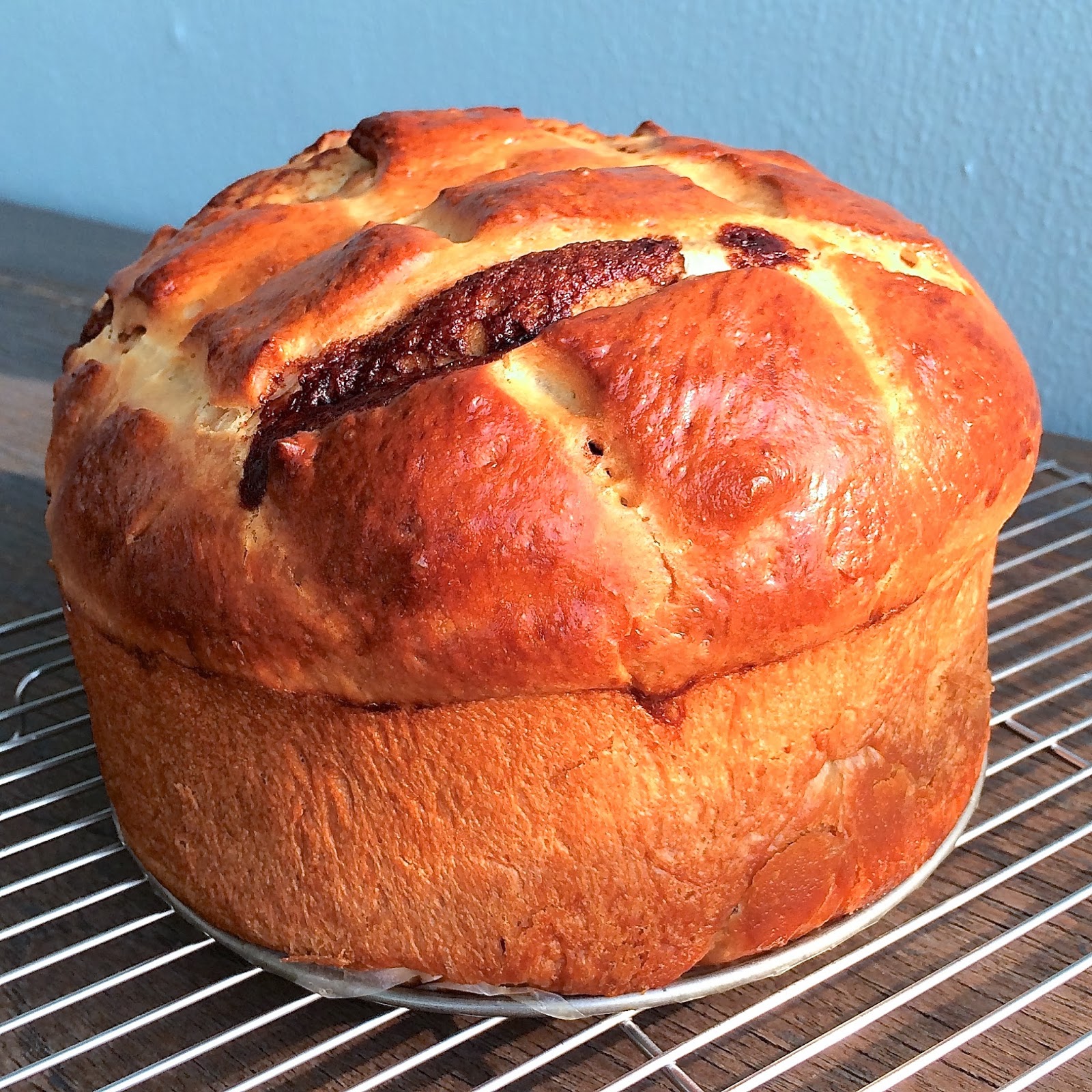 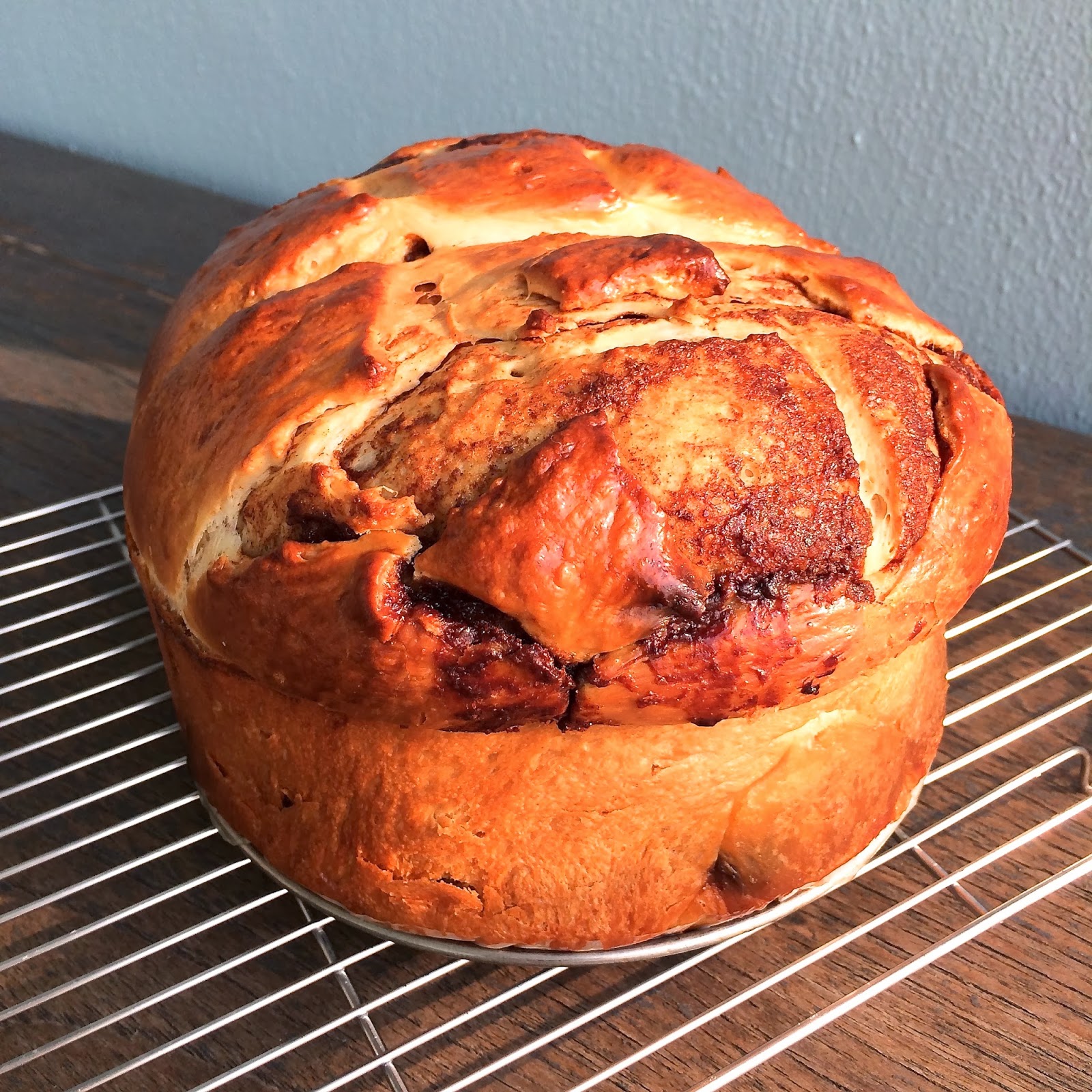 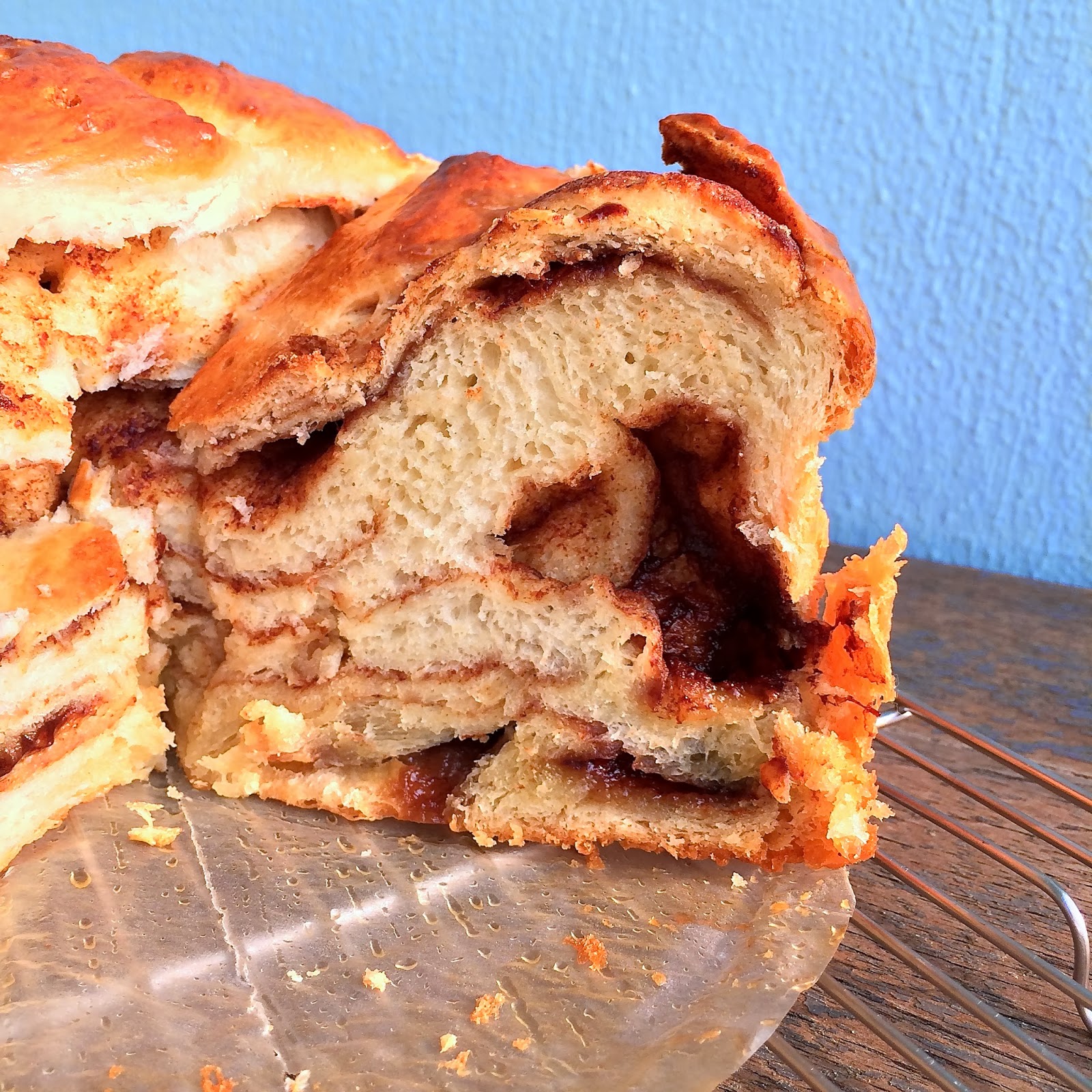 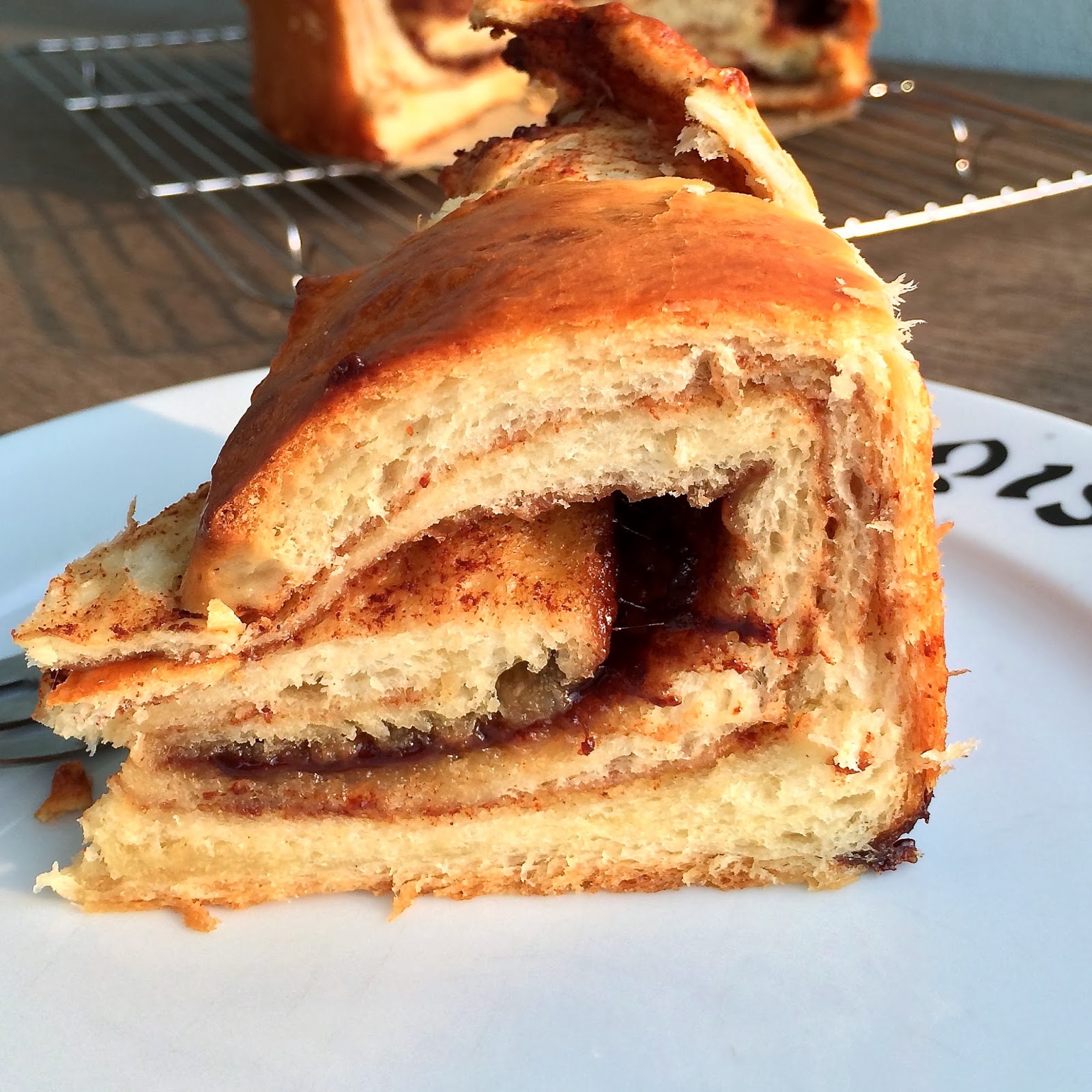 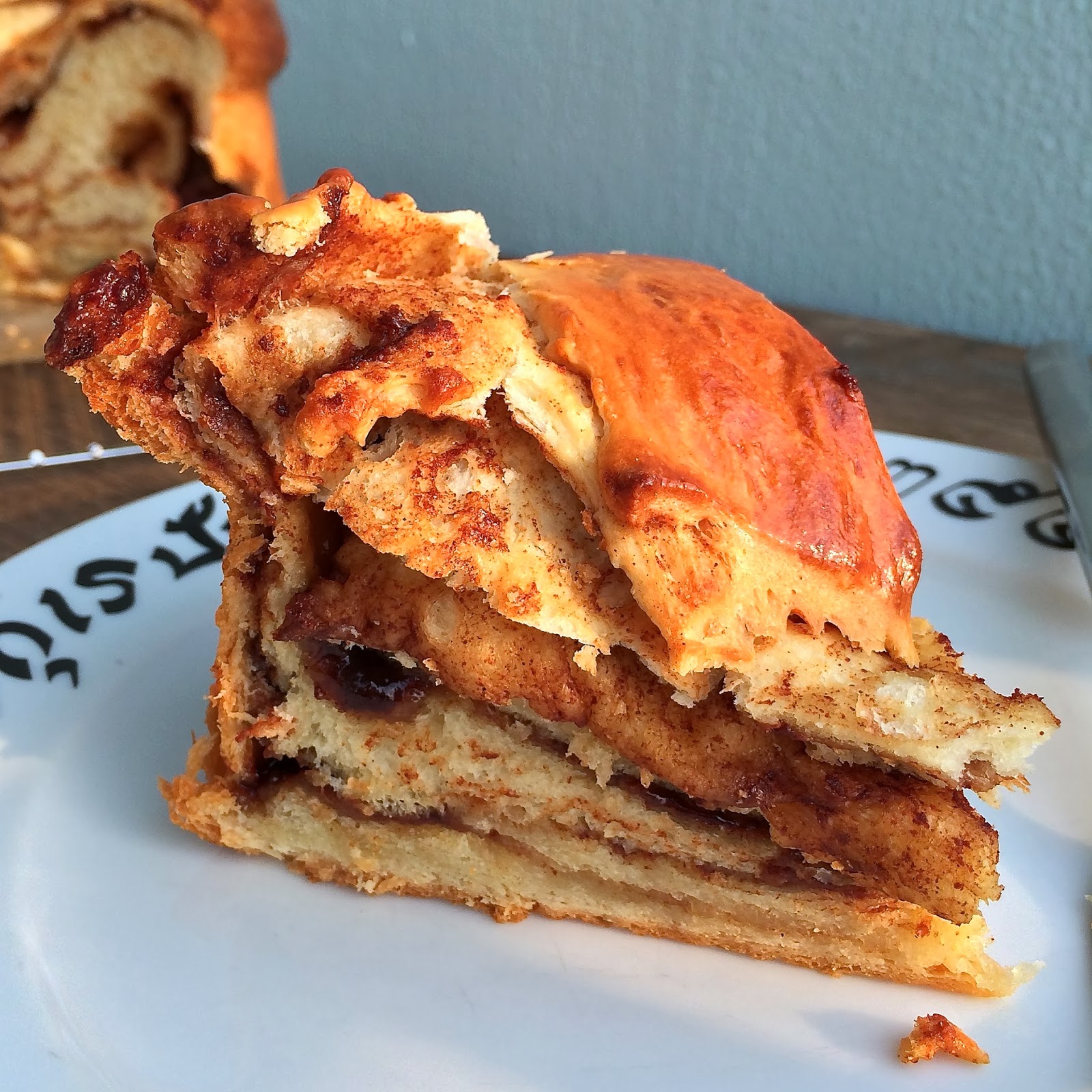 Posted by pepsakoy at 9:49 AM No comments:

Labels: About a dough, Something sweet


A day back from Christmas holiday, I could no longer resist baking after being away from my kitchen and toys for more than two weeks!

I chose to start off the year with something simple, yet interesting enough ( at least for myself! )...the way to make the cake topping easily caught my attention and absolutely made me convinced to give it a try! Even though it's served without cinnamon whipped cream as the recipe suggests but the cake is great enough eaten on its own..:)

The recipe could be found from here. 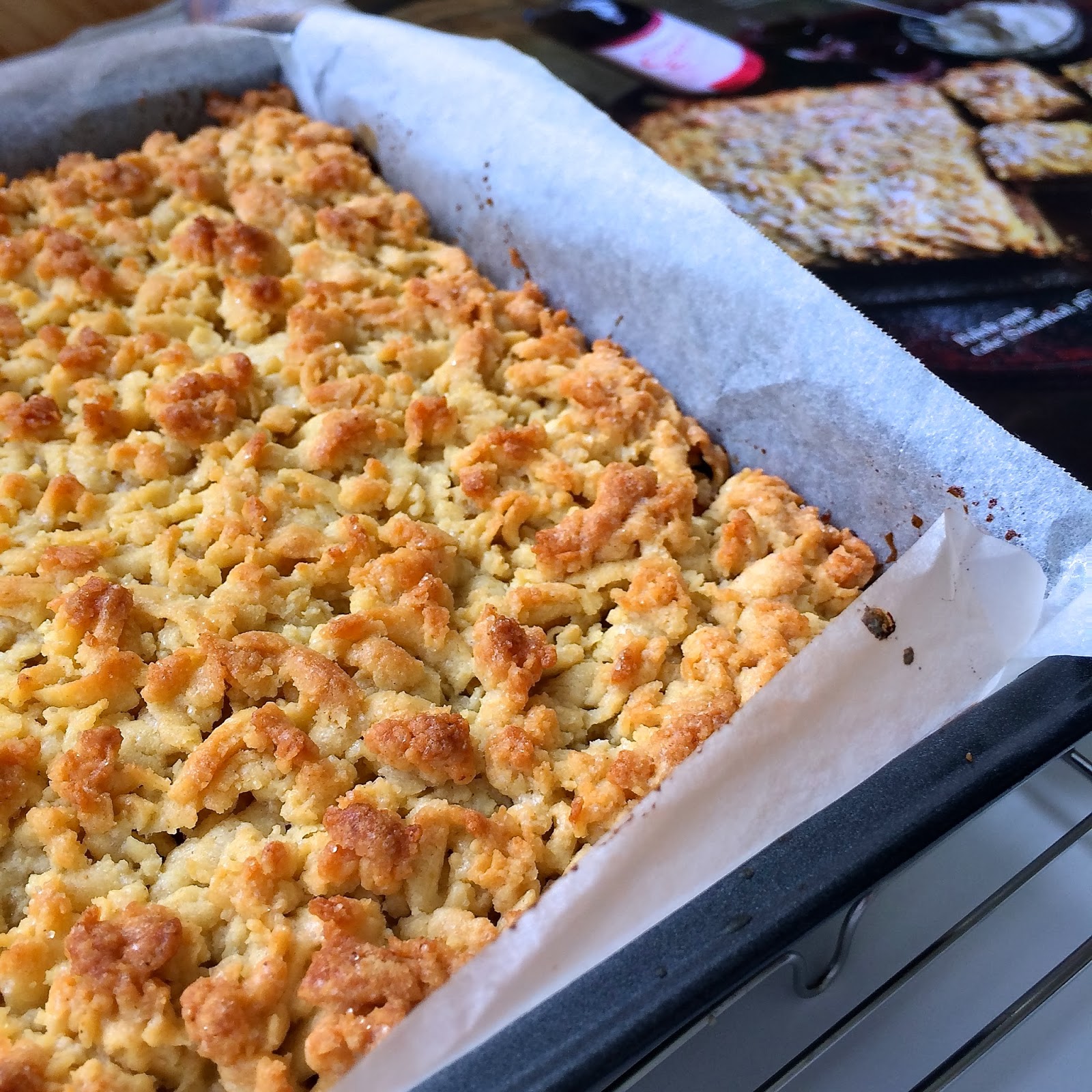 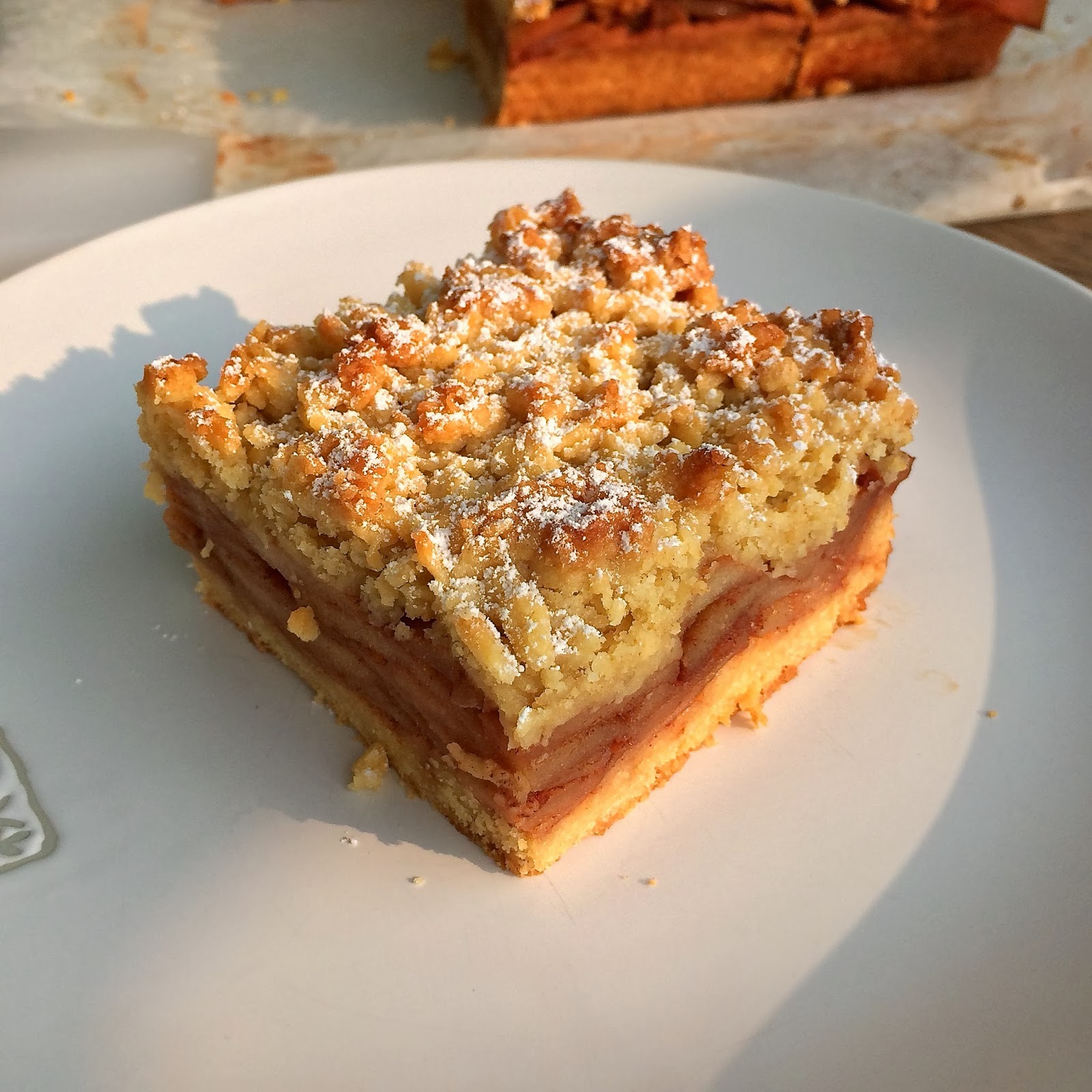 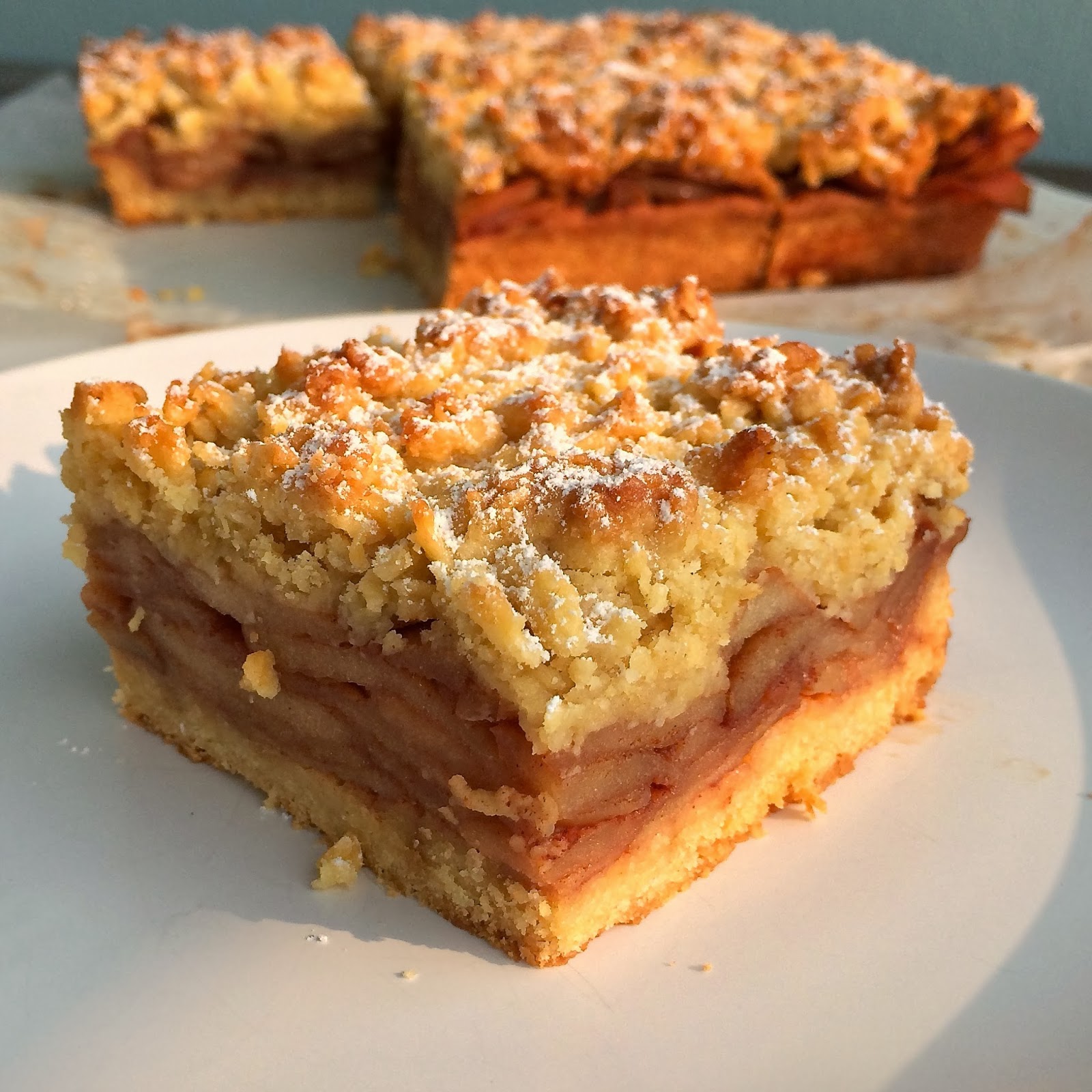 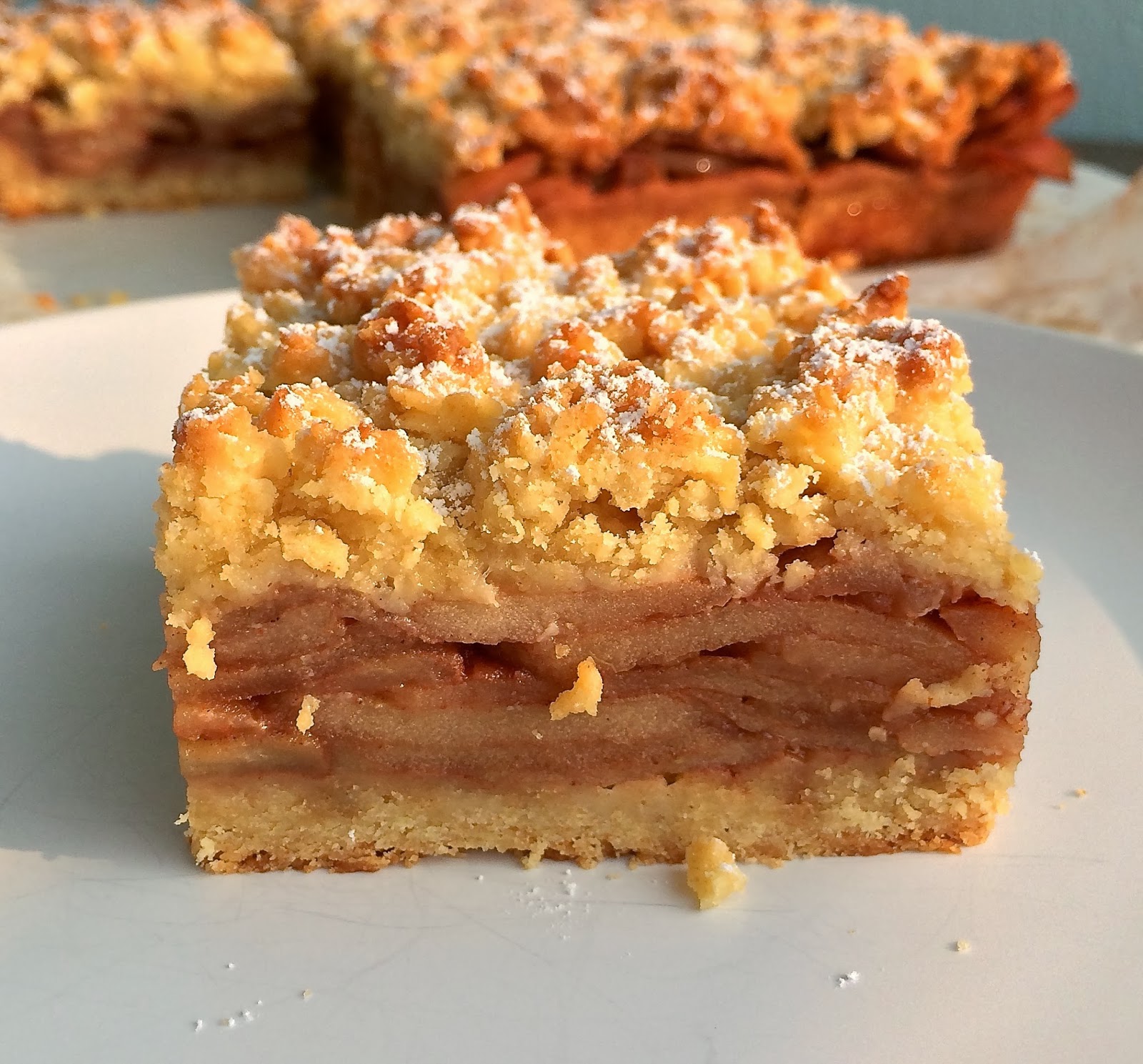 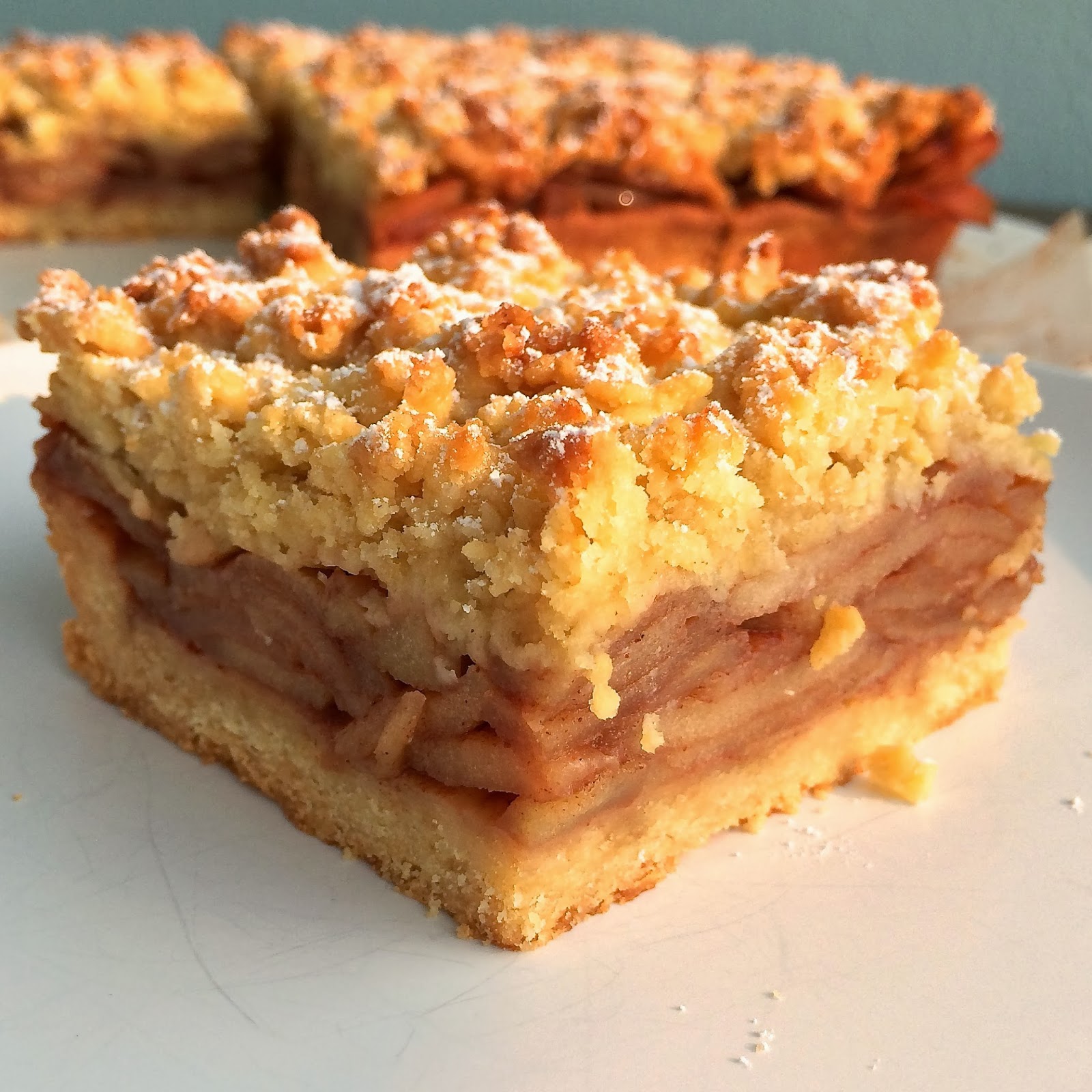 Posted by pepsakoy at 8:52 AM No comments: