I've failed to make a simple banana pound cake recently and even worse that it happened not only once but three time in a row!!! It's such a nightmare, especially when I didn't really know what's the problem or what to blame!  Consequently, I felt like doing something to make myself feel better which I ended up with this muffin..at least it's something with banana !!

The original recipe is made in a loaf form which requires a long baking time but I didn't have enough time to do so, I then instead made them in muffin form !

The recipe could be found here. (Note : I made only half recipe and got 10 muffins, I reduced amount of sugar and opted for sliced almonds to sprinkle on top ! ) 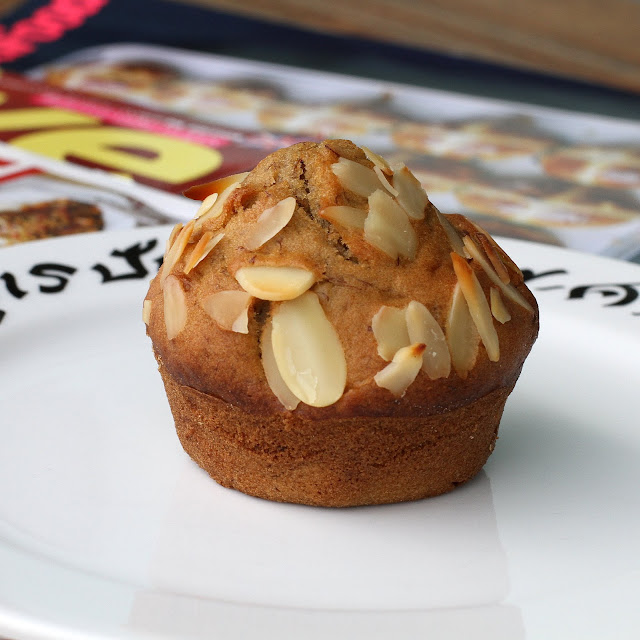 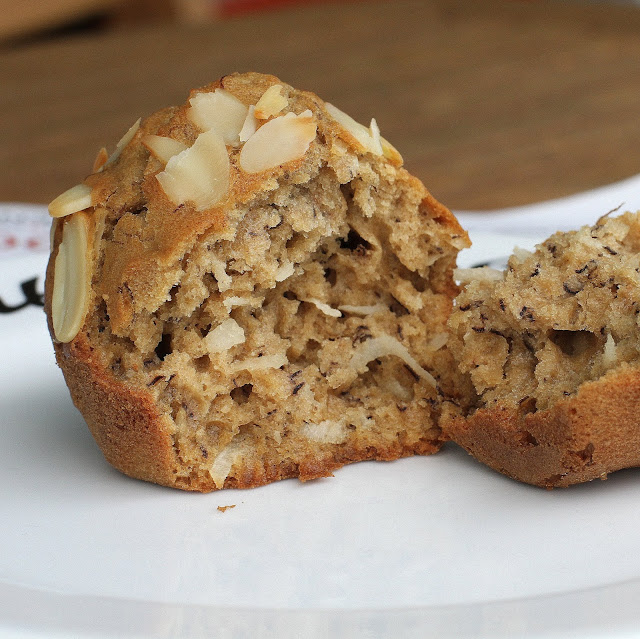 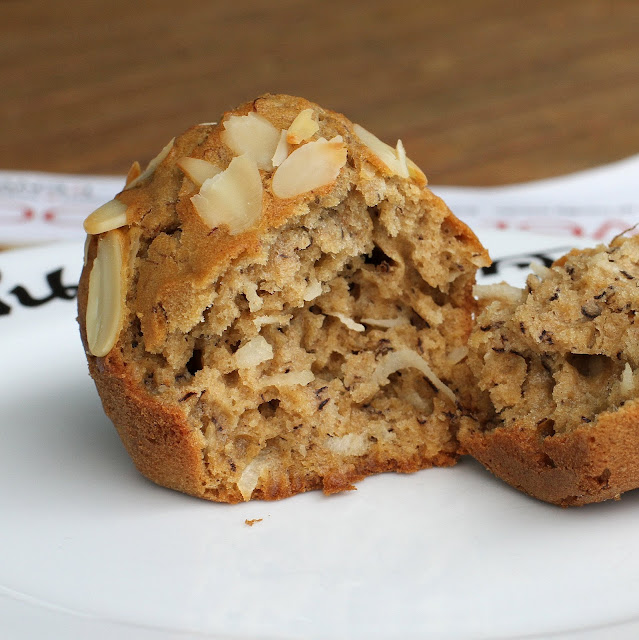 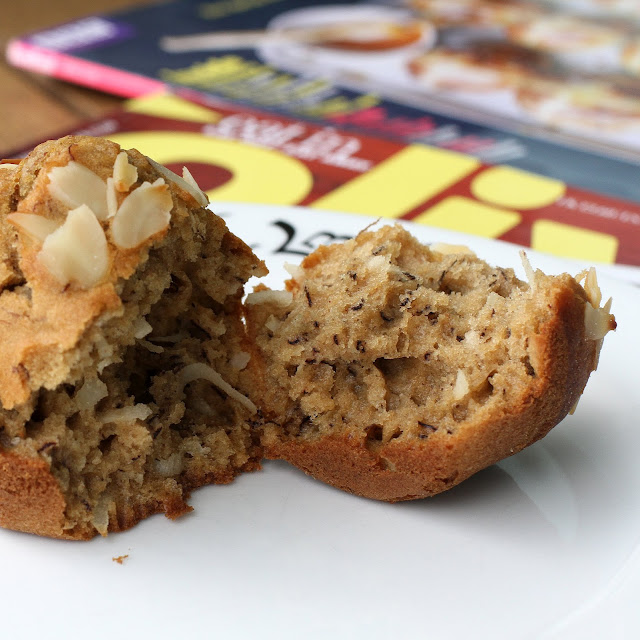