Starbucks in HK used to sell cinnamon rolls which my daughter really liked it. Unfortunately, they abruptly discontinued the product for some reason and that kind of made me get into trouble because my 5 years old daughter kept asking for it everytime we visited a branch and complained why they didn't have it anymore!

Being a try-to-be good mum, I therefore offered myself to make a homemade one and promised her it would taste the same as Starbucks ( at least taste of sugar and cinnamon ! lol ) and luckily, that could stop her from nagging..

Honestly, it took me for a while to find the right recipe that made my daughter happy with the outcome and since I've found the one, my daughter never fails to be pleased everytime I make it !!

Here is the winner recipe..


Mix all ingredients except the butter in the bowl and using a dough hook on low speed to form a ball. Add the butter bit by bit and mix until incorporated. Increase to a medium speed and knead the dough unitl smooth and elastic about 15-20 minutes. Place the dough into a lightly oiled bowl, cover with plastic wrap and let it rise until doubled in volume around 1-1.30 hours. Combine the sugar and cinnamon in a bowl for the filling.

Deflate the dough and divide into two pieces. Working with one dough at a time, roll out the dough into a  rectangle shape about 1/4 inch thick, brush with the melted butter and sprinkle half of the sugar and cinnamon mixture over roll the dough up tightly like a jellyroll. Cut into 7 pieces and place them into a buttered round tin ( 8 inches ). Repeat the same process with the second dough. Let them rise for another hour until almost double in volume. Preheat the oven to 180 c.

Brush the top and sides with eggwash and bake for 15-20 minutes. Transfer to a wire rack and let cool for a bit before serving. 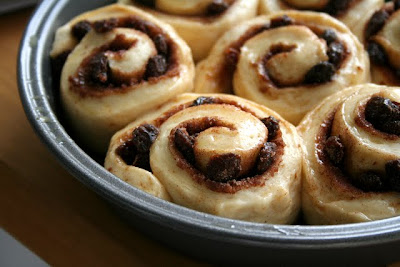 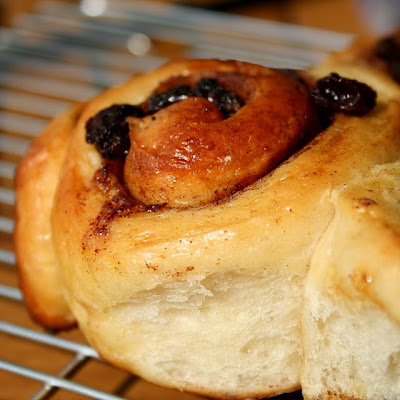 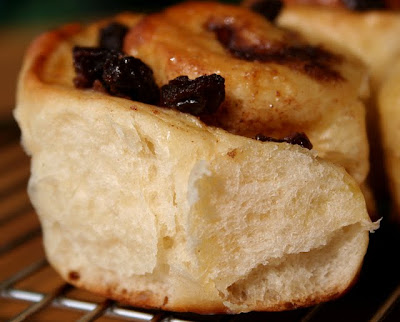 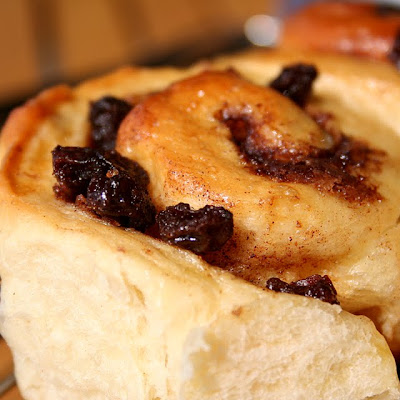 Ps.this cinnamon roll has been sent to yeastspotting hosted by Susan of Wild Yeast.

Labels: About a dough