When I saw this lamb stew posted on Leite's Culinaria, I immediately saved it onto my recipes file and undoubtedly planned to cook the dish as soon as I'd have a chance which fortunately, came very soon when my husband rang me the next morning and told me a good news that he was coming home from a business trip on that day which was earlier than it's supposed to be and I didn't have yet any food to be served for his dinner!

What I like about the stew is that it has everything all in one but that's not actually a real reason why my attention has been caught. Instead, it's a fact of the dish that made me keen on giving it a try!

As for a verdict, I was admittedly nervous to serve my husband this stew because I know that he's not a big fan of peanut butter..and honestly, I wouldn't have let him know that the stew had something he doesn't really like unless my daughter asked me infront of him what it was when he was about to start eating his dinner.. I had no choice but reluctantly answered her question and waited for his reaction at the same time! To my surprise, he finished all portion I served and top of everything,he said it's delicious!! so.. I don't think I have to say any more word about this stew!!

You could read a story about the dish and find the recipe from here.. 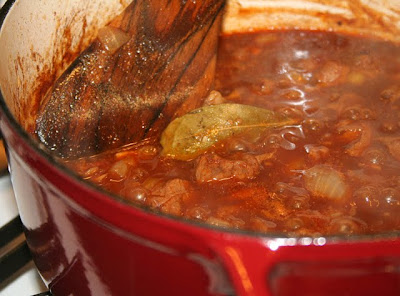 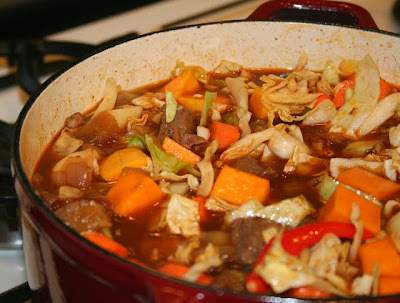 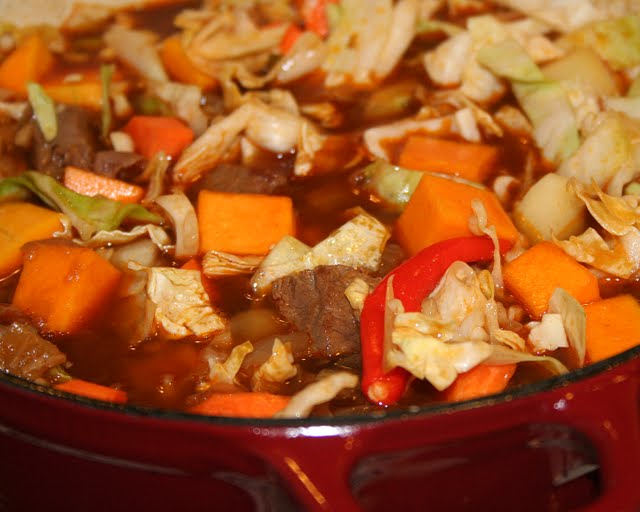 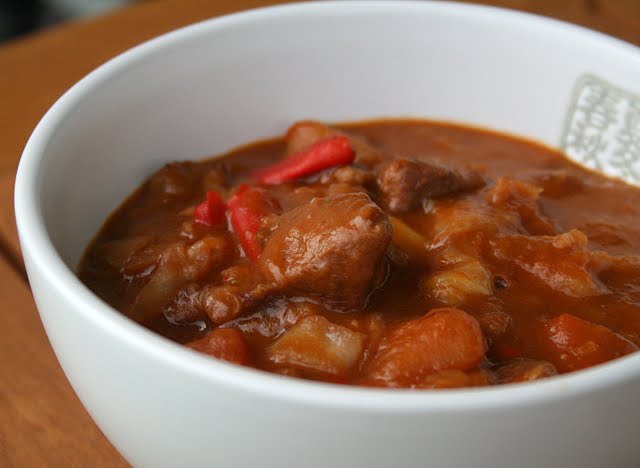 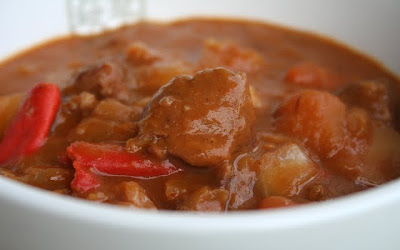 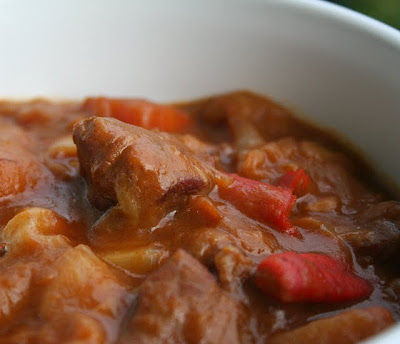 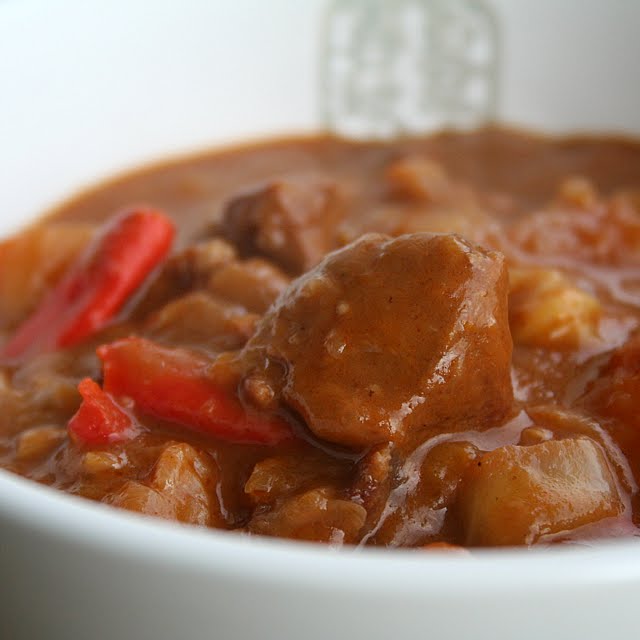 Note : I used Skippy creamy peanut butter and bird chillies due to a lack of original ingredients called for.
Posted by pepsakoy at 3:07 AM

Great dish and it looks lovely, thank you!

That sounds lovely, I really must try this. Looks great as well.

I agree it does look tasty, I think this could be one for the weekend!

Looks delicious, can I alter the recipe?