Both of my eyes and attention were caught when I saw the photo of this teacake on BBC GoodFood magazine (march issue).. I therefore looked through the recipe quickly and what left to me once finishing reading is a question why it's called teacake ?? Given ingredient and method, in my opinion, it couldn't be anything but a basic bread ! What I wanted to do next is to find out why it's called teacake..

Unfortunately, having had an English husband for more than 10 years doesn't help me to figure my wonder out at all..what he said when I asked him about it was maybe it's because the recipe calls for Earl Grey tea ?? At the end, I used google to enlighten myself and as always..it never lets me down!

So, according to Wikipedia, a teacake is a light yeast-based sweet bun containing dried fruit, typically served toasted and buttered ( click here to read more about it )

Anyway, what made me more interested and keen to give it a try is not the name but it's an earl grey tea called for in the recipe! Though, I have to confess that I was a bit disappointed with the outcome because I couldn't really taste or smell the tea in the buns like I expected..but lucky enough, the teacake itself tasted good and even better when eaten with a smear of butter as it's supposed to be!

1. Put the fruits and zest in a bowl and cover with the hot tea. Leave to soak overnight.

2. Heat the milk in a small pan until hot but not boiling. Remove from the heat and add the butter. Leave to cool to hand temperature. In a mixing bowl , put together the flour, mixed spice, sugar, salt and yeast. Pour in the warm milk mixture, egg and a tablespoon of the tea from the soaked fruits. Mix with kneading hook on the machine and knead the dough for 15 minutes until smooth and elastic , adding more flour if the dough is too sticky. Leave in a warm place to rise until doubled in size about 1.30-2 hours.

3. Knock all the air out of the dough and add the soaked fruits ( drain first if you have any liquid left in the bowl ). Knead the fruits into the dough until well distributed , add more flour as needed. Divide into 6 pieces and shape each into a ball. Place on silicon mat lined on the baking sheet, well spaced apart and pat each down lightly with your palm. Cover loosely with oiled cling film, then leave to prove for 30-60 minutes, until doubled in size.

4. Heat oven to 200C. Uncover the buns and bake for 18-20 minutes until golden and hollow-sounding when tapped on the base. Brush each with apricot jam and return to the oven for 1-2 minutes. Leave to cool on the wire rack. Serve warm or split and toasted, topped with lashings of butter. 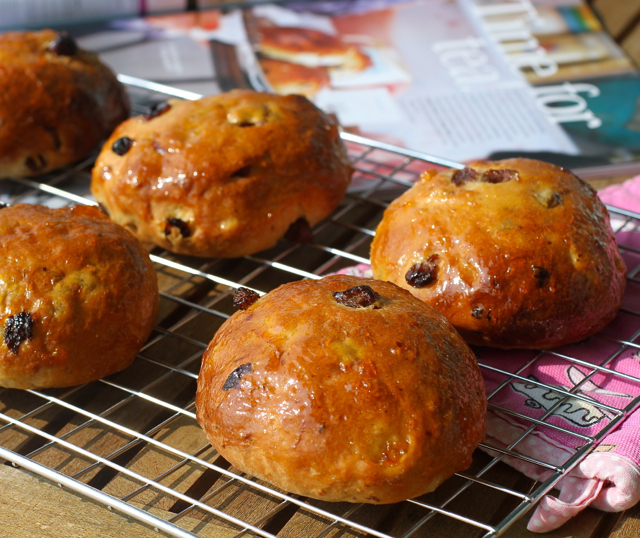 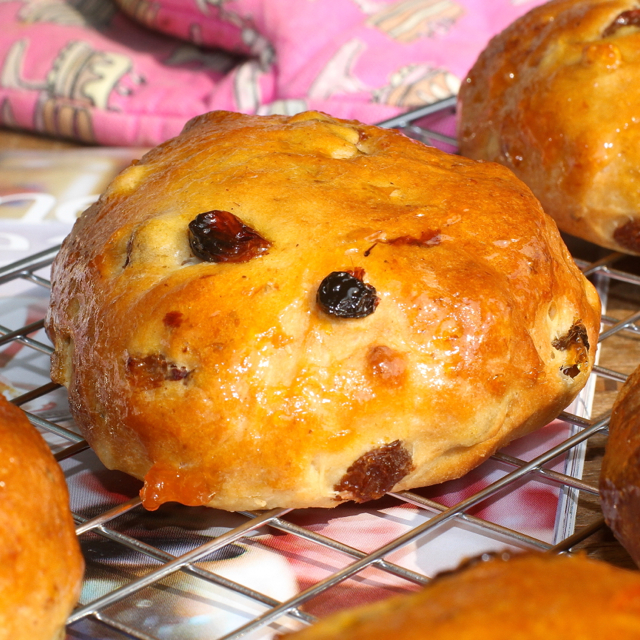 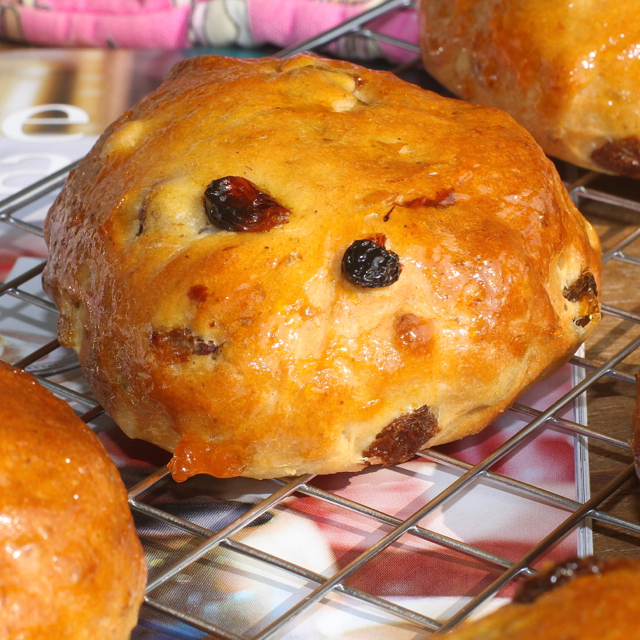 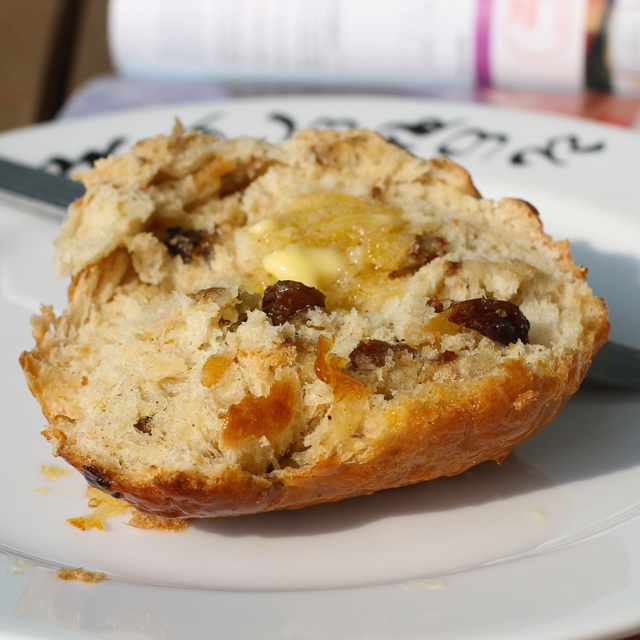 Labels: About a dough, Something sweet