I've got the leftover BBQ sauce from cooking this chicken dish few weeks ago. And as I've previously planned and said that I would make something else with it and now it's time to rock!

This time I chose pork belly with young bones , my own favorite part..the way I cook was similar to the chicken that the pieces of meat were browned lightly first then added water ( instead of broth ) to cover the meat..let them cook until boiling then added the sauce and stirred to well-blended. Let it boil again and simmer with the lid on for 1 hour and without the lid for another hour..adjusted the taste with some seasoning powder and brown sugar..then the dish done!!

As for the verdict, I definitely fell in love with the dish...and honestly, I like it more than the chicken and that's just because I personally prefer pork belly to a healthier chicken ..:) Two thumps up to the wonderful sauce that does its job excellently !! 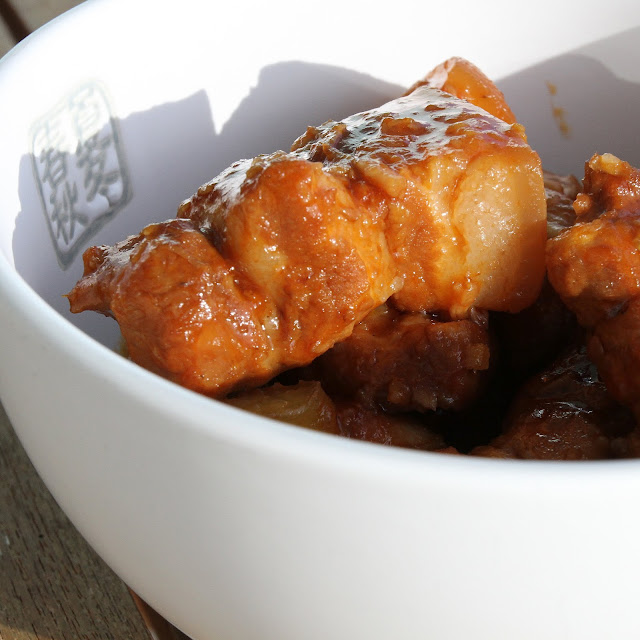 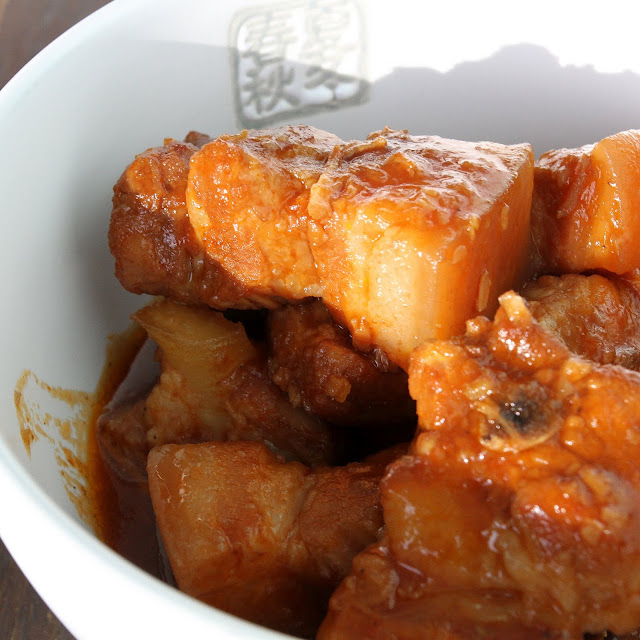 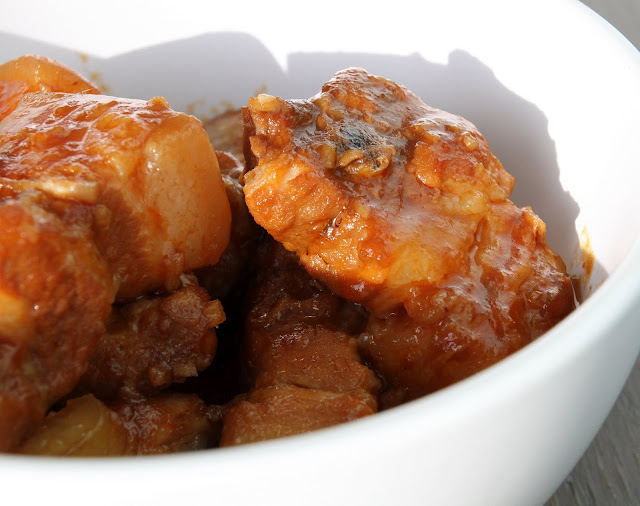 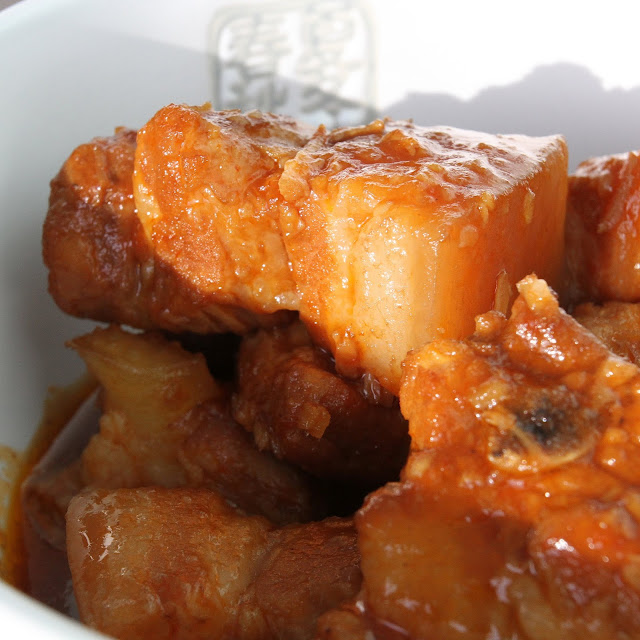 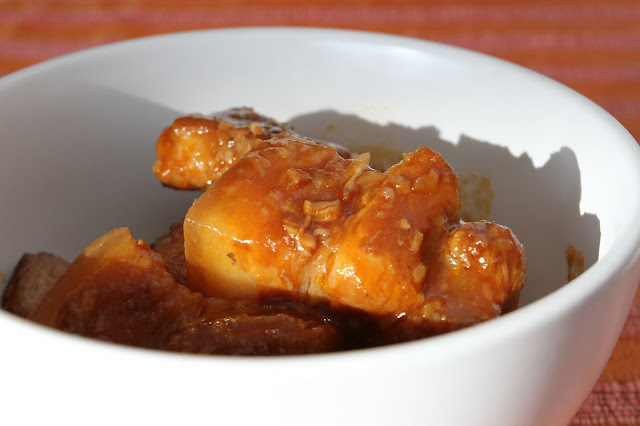 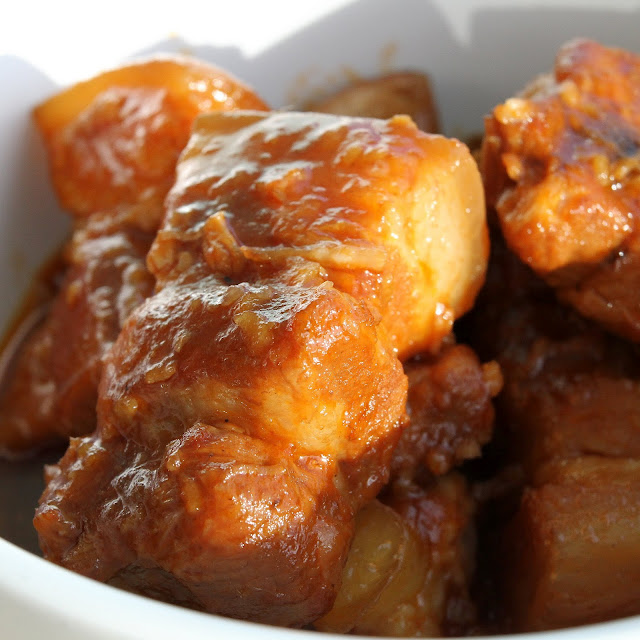