The first time I saw this lovely cake on this site, I immediately fell in love with it and knew myself  that nothing could stop me from making the cake! so what the heck is Kouign-amann ??


Kouign-amann  is a Breton cake. It is a round crusty cake, made with a dough akin to bread dough with sugar sprinkled between layers. The resulting cake is slowly baked until the butter puffs up the dough (resulting in the layered aspect of it) and the sugar caramelizes. The name derives from the Breton words for cake ("kouign") and butter ("amann"). Kouign-amann is a speciality of the town Douarnenez where it originated in 1865.

I didn't make it straight away like I always do when I've found something new that I'm eager to find out more about it and that's only because my husband, who is a principal consumer of my baked goods, was away ! So I patiently waited until he was back home and made it the day after he arrived..

However, the first outcome failed to pass my own quality control due to few mistakes made by myself..so nothing to blame! And I didn't wait that long to make the second try..this time with a new recipe that I was sure it wouldn't let me down because it's from David Lebovitz !

Anyway, I didn't follow his whole recipe..instead, I mixed and matched between the two recipes with a hope that the result wouldn't be effected by my modification and fortunately, it came out beautifully..top of everything, my husband had two and a half (big) slices even after his (big) dinner!!

I didn't take any photo of the interior texture until the next morning because it was too late by the time I sliced the cake off ( but just in time to serve my husband as a dessert after his dinner!)..so the photos you've seen on this post probably look drier than it really was!

Here is what I've done..

1. In a medium bowl, dissolve the yeast in the water with a pinch of sugar. Stir briefly, then let stand for 10 minutes until foamy.

2. Gradually stir the flour and salt. The dough should be soft, but not too sticky. Lightly dust your countertop with flour and transfer the dough onto it.Knead the dough with your hands until the dough is smooth and elastic, about  5-10 minutes. If the dough is very sticky, knead in just enough flour, one tablespoon at a time, until the dough doesn’t stick to your hands.

3. Brush a medium bowl with melted butter, put the dough ball into the bowl. Cover, and let rest in a warm place for 1-2 hour. On a lightly floured surface, flatten the dough out to a rectangle at least 30 cm long x 15 cm wide (12 inches x 6 inches). Thinly slice the butter and divide it into 3 equal portions. Place 1 portion, in pieces, over half to two-thirds of the length of dough. Sprinkle with about ¼ cup of the sugar. Fold a third of the dough into the centre over the butter, and then fold the other flap over that, like folding a letter. Flatten the dough out again into a rectangle and repat with butter and sugar and fold again into thirds, as before.. Place on the plastic wrap-covered dinner plate and chill for 1 hour.

4. Lightly grease a 23cm/9 inch pie plate/dish. Remove dough from refrigerator. Flatten once more, and then repeat with butter only. The dough will feel soft and the butter may be breaking through a little. Don’t worry.
Roll dough into a circle about the size of the baking pan. Plaec the dough in the plate and flatten it once more, pressing it in the sides with your fingertips to form a round and let rest in the refrigerator for 30 minutes.

5. Pre-heat the oven to 220C/430F. Take out the dough from the fridge and let it rest for a while. Before baking, brush the melted butter over the cake and sprinkle with the last of the sugar.Bake for 20-25 minutes until very golden brown. Both the top and bottom of the cake will have a caramelised surface. Let cool for at least 30 minutes, and serve cut into wedges. 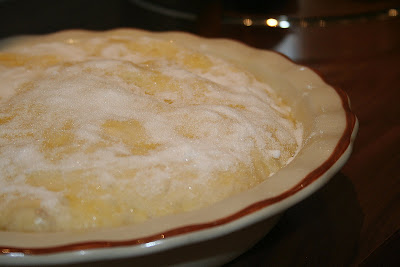 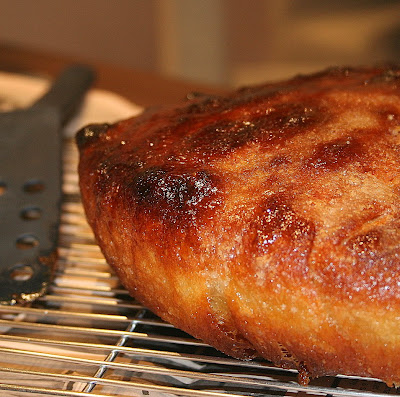 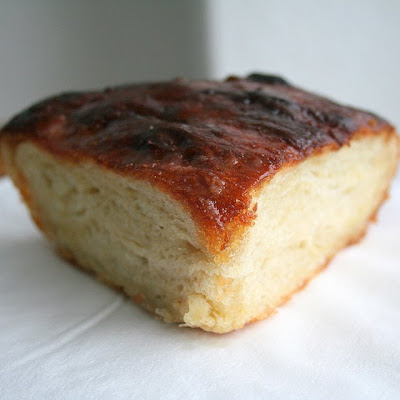 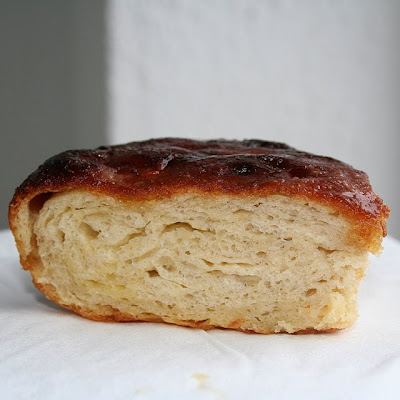 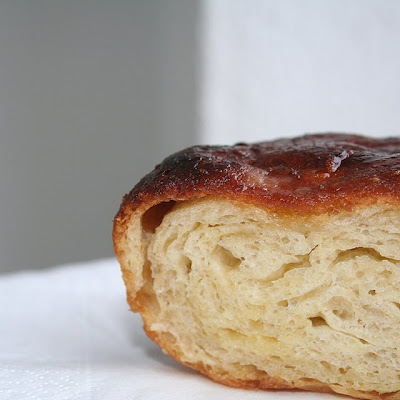 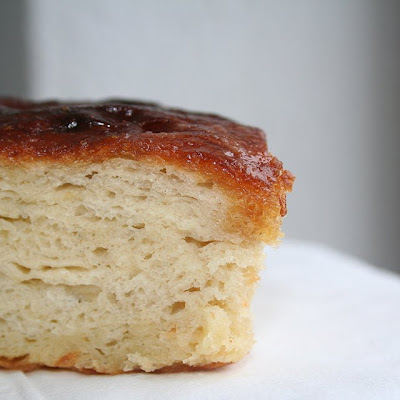 This Kouign-amann has also been posted to yeastspotting hosted by Susan of Wild Yeast.
Posted by pepsakoy at 4:13 PM

I saw this post on foodgawker yesterday and I HAD to make it!
Even though I used only about half as much butter as your recipe calls for, my boyfriend said it was the best thing I've ever baked. Truly delicious.

Amy, thanks for your comment and I'm glad you had a successful result..:)

Hiya, I don't have dried yeast. Can I substitute with instant or active dry? If so, how much? Thanks! Yours look fantastic!

I used active dry, and about 3/4Tbsp