What we normally do to start the most of our Sundays is to have breakfast at Starbucks ! And no matter how hard I've tried to convince my husband and daughter to order something new but it doesn't seem to work because they always end up having the same thing everytime and the order is 'cinnamon toast' !!

Having known how much it would cost plus how easy it could be done at home, I couldn't help but feel pain in my heart to spend such a lot of money on a piece of toast !! I've been telling myself that I could definitely make something similar to save our money but then I'd kept myself busy with baking other things..Until this morning, which was not Sunday, when I asked my daughter what she would want for her breakfast and she abruptly said 'cinnamon toast from Starbucks' !

No way for me to make a special journey to Starbucks just to buy something so expensive like that..so I nicely denied my daughter to have it for breakfast. But then I felt guilty to say no to a simple thing she wanted, I promised her that I would make a homemade one for her breakfast the next day instead and the deal was simply done!!

After looking through recipes shown on google and none of them were interesting to me , I, therefore, decided to try my own recipe using a water roux method that I've been using lately for most of my homemade bread. So far, with this method, no sign of texture and taste failure! If you like a japanese style bread , I highly recommend you to give it a try and you would never be disappointed !

I could say it's another wonderful loaf of bread that I'm quite proud of..It's chewy and cinnamony! I didn't have a chance to take any photo after slicing on the day I made because it's late and my husband didn't allow me to postpone his dinner ( yes, he had it for dinner ! ) ,so I did it the next morning. Scrumptious!!

Here is what I used in my version of cinnamon and raisin loaf..

1. Mix all ingredients except the butter and raisin in the bowl and using a dough hook on low speed to form a ball. Add the butter bit by bit and mix until incorporated. Increase to a medium speed and knead the dough unitl smooth and elastic about 15-20 minutes.

2. Turn out the dough onto lightly floured working surface, gradually mix in the raisin until evenly distributed. Place the dough into a lightly oiled bowl, cover with plastic wrap and let it rise until doubled in volume.

3. Deflate the dough and briefly knead for seconds, then shape into the loaf. Place into a prepared loaf tin and let it rise again for 45 minutes - 1 hour.

4. Preheat the oven to 180c', brush the top of the dough with egg wash and bake for about 30-40 minutes until it's done ( the bottom should sound hollow when tapped ). Turn out onto a wire rack to cool before slicing..To serve, I would do the same way as the Starbucks does..toast and butter it ! 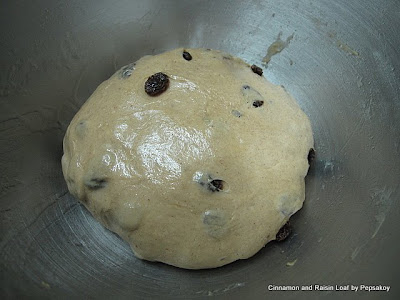 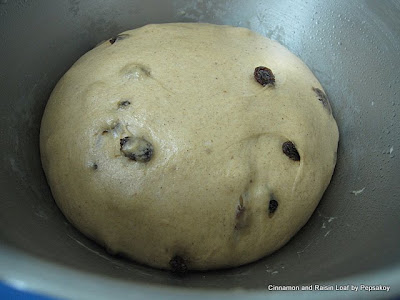 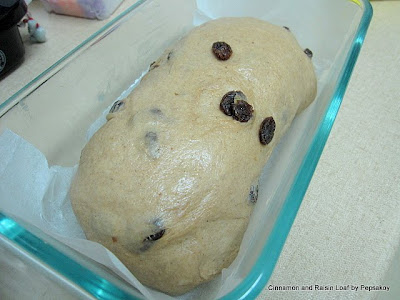 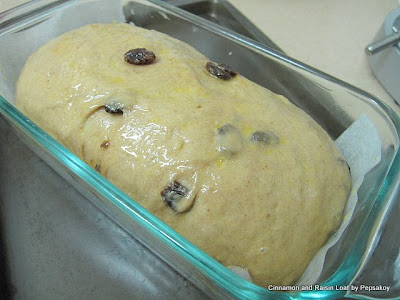 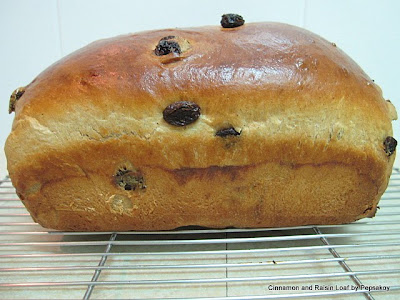 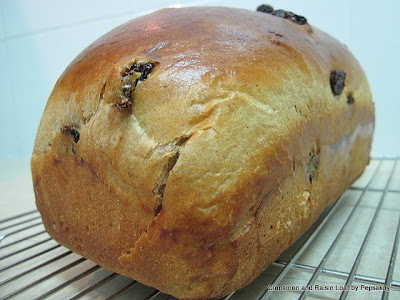 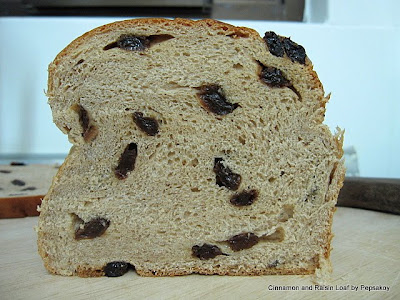 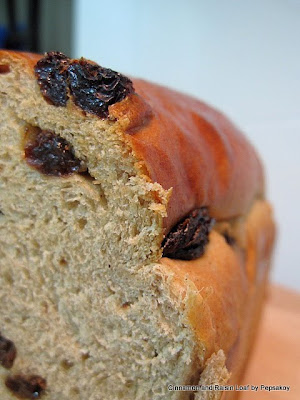 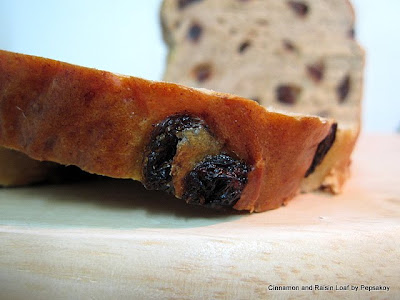 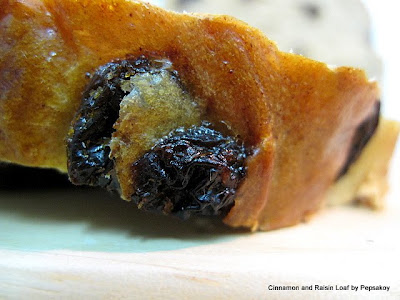 Ps. this bread has been sent to yeastspotting hosted by Susan of Wildyeast
Posted by pepsakoy at 3:55 PM

Labels: About a dough

Nong Goi, I know what u mean ja..the difference is that I have two people attached and hardly get a chance to do ' a chill chill moment' !!

I'm interested in making this bread, but what is water roux stater ka.

Khun Teeranuch..I've had a link about a water roux..please click on the word to find out about the details..hope it helps!

Thank you very much ka. I'll check this out.

Hello Pepsakoy
this is my first time here, I just want to comment that couple of months I learned about the water roux from Angie's recipe and I am using it in almost all my bread. what a difference in texture and flavour. I did post some of my breads i made lately.