I have nothing to do with Greeks but I do like their food...and when I saw and finished reading the article about this cake, what I did next is to walk into the kitchen and made it without hesitation ! What inspired me to do so is nothing but the story about the cake and I did it even (I thought) I didn't have anything missing..lol

Anyway, during preparing the batter, I tried harder to think about something that I might have missed so that I could pray and ask the Saint Phanourious to help but I absolutely failed to find one, so I gave up and started to worry about the cake instead !

Despite knowing that the batter would be thick and gummy, I have to confess that I still thought that this ( too easy-to-make)  cake wouldn't come out nice and be edible when I saw how the batter became. I also thought that it's right and lucky that I decided to make only half of the recipe and didn't dare to whisk it as long as stated in the recipe !

As for the result, it's not bad as I expected at all. This spiced cake's totally edible! ..lol.. It was dense but surprisingly soft and chewy. If you like a spiced cake, then I think this cake is really worth a try and you certainly don't need to wait until Saint Phanourios's day next year! 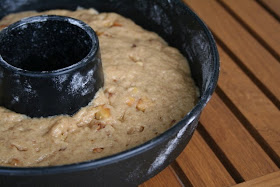 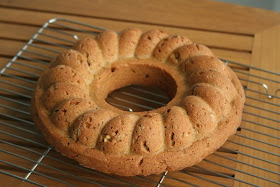 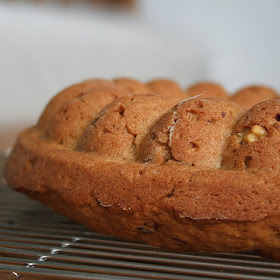 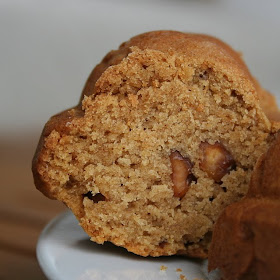